Christopher Hitchens is “Dead and Gone,” Sings Band in Song Honoring His Legacy

A band called The Iron Boot Scrapers sang a tribute to the late Christopher Hitchens at the recent Brighton (UK) Fringe festival. Because it’s never too late to honor those you respect. 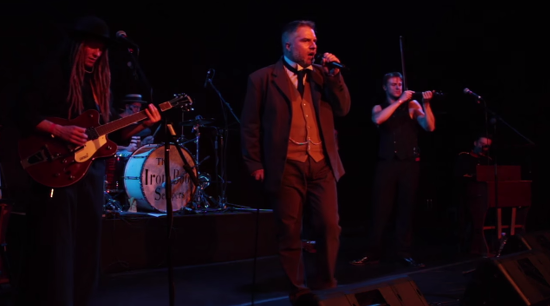 Rather than write about how Hitch is looking down on us from above, a sentiment that would have made no sense (especially to him), the band took a blunter approach, appreciating his legacy while accepting that he’s now “dead and gone”:

Not afraid to challenge guile
nor to slaughter the sacred cows
their poe faced lies would wither up and die
but now we have to say goodbye, because you’re

If the band sounds familiar, it may be from their music video past year featuring a Pastafarian church service.