To Combat Lying Children, Dioceses in Canada Are Keeping Priests From Being Alone With Kids June 24, 2016 Terry Firma

To Combat Lying Children, Dioceses in Canada Are Keeping Priests From Being Alone With Kids

What the Catholic Church needs now is protection from dastardly children who make up stories about lecherous priests. And so:

The Catholic Church of Montreal plans to bar priests, volunteers and all those involved in faith education from being alone with children. …

[Chancellor of the Montreal Archdiocese François] Sarrazin said while the church has been rocked in recent years by allegations of sexual abuse of children, those allegations aren’t always founded.

“To give [their story] importance, a child can give an account of an incident that isn’t always true,” he said.

‘Cause that’s the real problem facing the Catholic Church: untrustworthy, over-imaginative children and their crazy accusations. 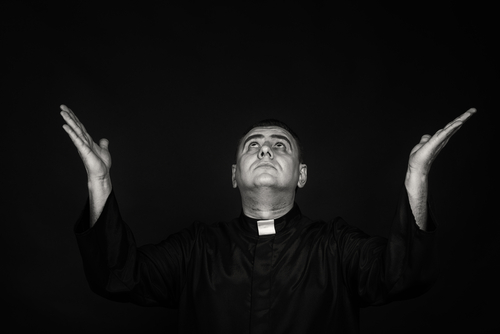 Keeping priest and other church workers from being alone with children is a pilot project,

… a preventative measure … that churches in other provinces including Ontario have already implemented. …

“It’s important that the church shows it’s making an effort and that our society can have confidence in the church and can say ‘they did their homework, now they’re credible,'” [Sarrazin] said.

He notes that the measure is being put in place not just to protect the Church, but also to safeguard children and families.

Always grateful for small blessings, I guess that’s at least a tacit acknowledgement that responsibility and accountability were scandalously absent before.