Mother Who Killed Her Kids So They’d Be Reincarnated in a Better World Sentenced to Life in Prison June 24, 2016 Hemant Mehta

In a disturbing story out of South Carolina, Suzanna Simpson was sentenced to life in prison yesterday for the murder of her two children and attempted murder of her husband (she shot him in the head but he survived).

She claimed she did it, says U.S. News, so that the family could be “reincarnated in a better world.” 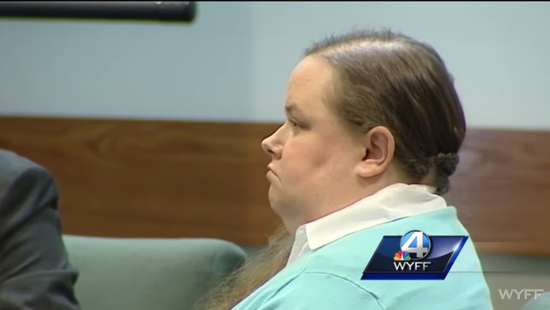 In this case, that’s really the only “religious” connection. Her attorneys claimed that mental illness was the primary factor in this tragedy, though prosecutors argued she had enough sense to plan out her murders. The jury wasn’t buying the mental illness defense either, rejecting verdicts of “not guilty by reason of insanity” as well as “guilty but mentally ill”:

“She might not have been able to control herself,” prosecutor Betty Strom said. “But she knew what she was doing was wrong.”

A motive has eluded authorities. Prosecutors pointed out that she told family members her husband has said “it was over” because she couldn’t properly take care of her children. Her lawyer said Simpson was hearing voices, so no explanation is going to make sense.

We may never know the ingredients that played a role in her actions, but she’s getting the punishment she deserves. Reincarnation is a myth. She only has one life. And she’ll be spending the rest of it behind bars.

June 24, 2016
A Year Later, We Know How Marriage Equality Has Affected Anti-Gay Christian Pastors
Next Post