Polygamist Mormon sect leader Warren Jeffs was apprehended during a traffic stop ten years ago and ultimately sentenced to life plus 20 for sexual assaults on two teenage girls.

Whether his brother Lyle will also end up behind bars remains to be seen. Lyle Jeffs, who was about to be tried for defrauding the government of millions of dollars in food stamps, cut off his electronic ankle monitor the other day and disappeared without an apparent trace. 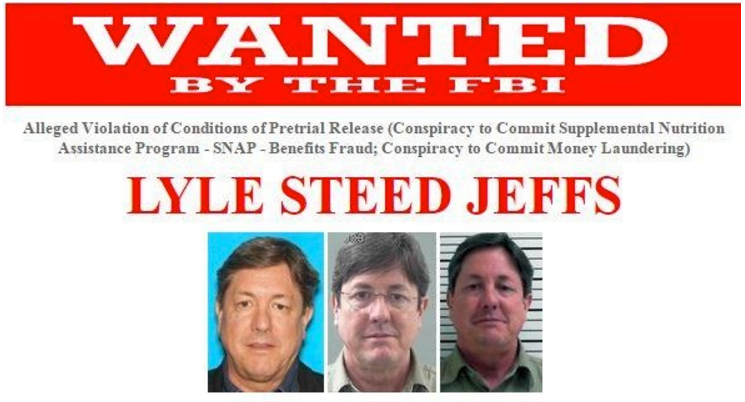 Lyle Jeffs, a bishop of the Fundamentalist Church of Jesus Christ of Latter Day Saints, was released from jail earlier this month and was under house confinement before fleeing sometime this weekend. Jeffs, whose brother and former church head Warren is in prison for sexually assaulting two underage girls he claimed were his “spiritual wives,” was arrested along with other sect leaders in February.

The 11 arrested were accused of stealing and laundering millions in federal benefits including food stamps, though Jeffs, 56, was let out earlier this month ahead of his trial. …

His son Thomas, who said that his father has seven wives, told KUTV that he had checked up on his father over the weekend before finding his ankle bracelet lying on a table. …

Former members of the church have said that the fugitive was supported by a network of houses and contacts that stretched into South America.

Lyle Jeffs, who is assumed to have taken over the leadership of the sect when his brother was imprisoned, was also suspected of child labor violations involving (non-sexual) abuse of young FLDS children who were taken out of school to pick pecans.

More on the nature of Jeffs’ food stamp fraud here.

June 24, 2016
Mother Who Killed Her Kids So They'd Be Reincarnated in a Better World Sentenced to Life in Prison
Next Post