Americans ages 18-29, more than any other age group, understand that our country isn’t (and never was) a “Christian Nation.”

That’s one of the more interesting findings in a new survey about immigration and cultural change by the Public Religion Research Institute and the Brookings Institute. 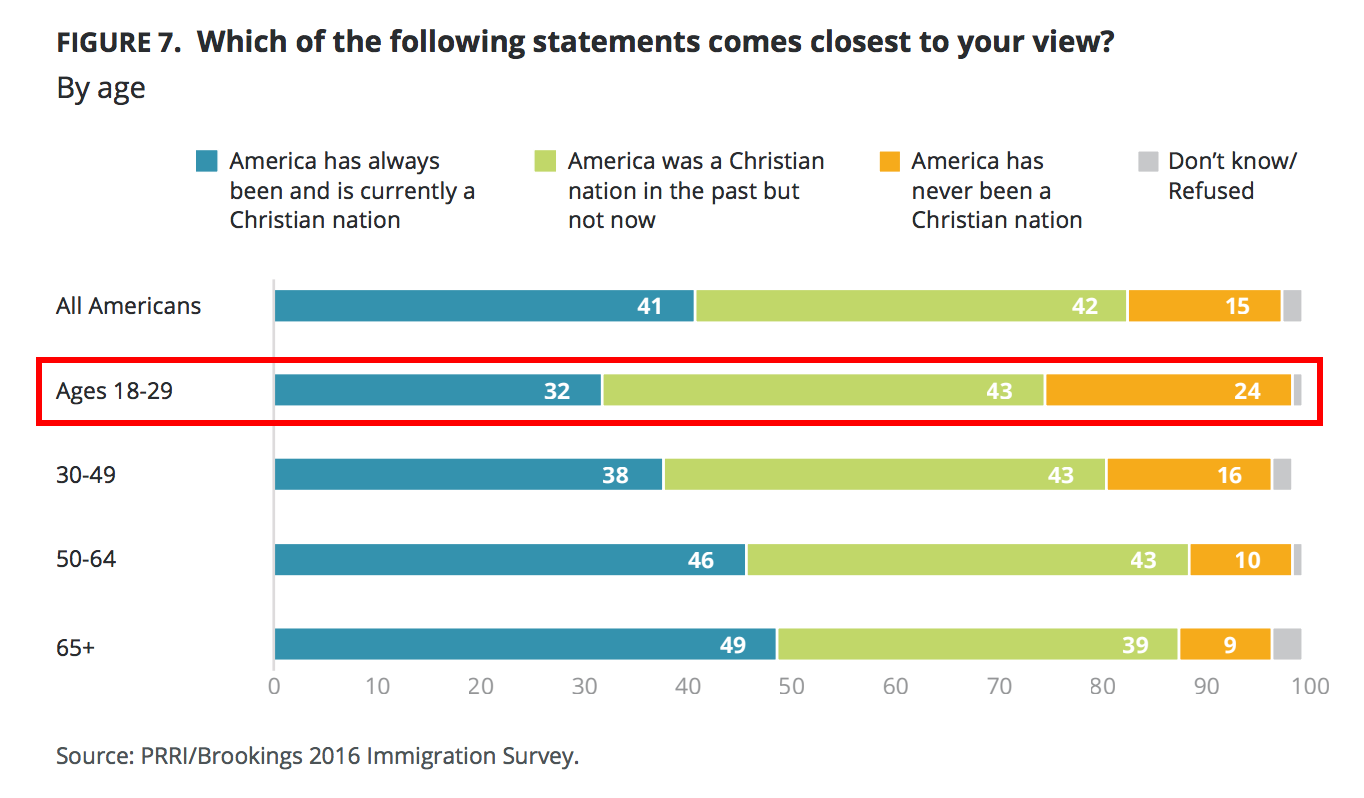 Perceptions of America’s religious heritage and identity vary substantially by age. Only one-third (32%) of young adults (age 18-29) say America is and always has been a Christian nation, while nearly half (49%) of seniors (age 65 and older) say the same. Conversely, young adults are nearly three times more likely than seniors to say America has never been a Christian nation (24% vs. 9%, respectively).

Those who say we used to be a “Christian nation” but are no longer one are simply oblivious to our own history. The religious demographics may be rapidly changing, but we were never intended as a nation that bows down to the Christian God even when Christians were the predominant group.

One other finding of note: When asked if “American culture and way of life” has mostly changed for better or worse, it’s minority groups who overwhelmingly believe we’ve gotten better. Atheists, African-Americans, Hispanics, and religious people who aren’t Christians all say we’re much better off today than in the 1950s. 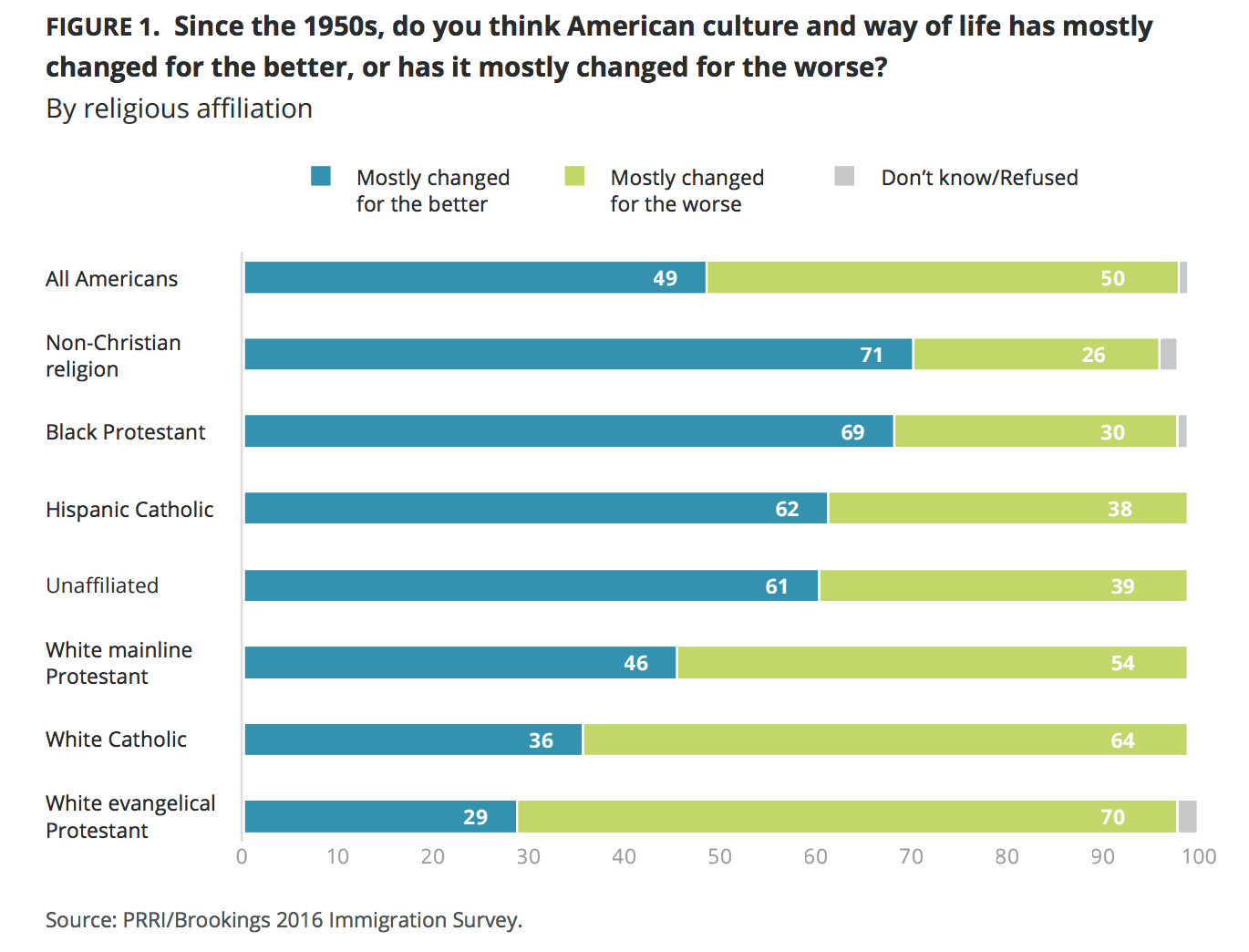 While majorities of all white Christian groups say American culture and way of life has changed for the worse over the past six decades, no group of Americans is more nostalgic about the 1950s than white evangelical Protestants. Seven in ten (70%) white evangelical Protestants believe that American culture and way of life has mostly changed for the worse since the 1950s. A majority of white Catholics (64%) and white mainline Protestants (54%) also agree that things were better then. In contrast, non-white Christians and religiously unaffiliated Americans see improvement since the 1950s. More than six in ten religiously unaffiliated Americans (61%), Hispanic Catholics (62%), and black Protestants (69%) say American culture has changed for the better since the 1950s

You would think those who say they’re pious would see more value in the passing of civil rights legislation and other laws that have given minority groups more opportunities over the years… but it’s hardly surprising that the people who have had to relinquish some of their dominance are the ones most upset about sharing the wealth.

You can read the rest of the report here.

June 24, 2016
Brother of Fundamentalist Mormon "Prophet" Warren Jeffs Is Now a Fugitive From Justice
Next Post