During the Texas Democratic Convention last week, the Secular Coalition for Texas not only hosted a Secular Caucus, educating party leaders about non-religious voters and what we’d like to see from the government, they introduced three resolutions they were hoping the state party would adopt.

Guess what? All three are now in the official Texas Democratic Party platform. 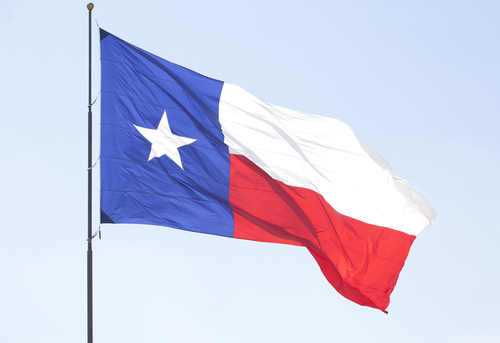 Here are the three proposals they made:

While the law prosecuted people who abused and neglected children, there were exemptions in the law for religious people. So if you send your children to an unlicensed day care facility that hurts them, or withhold life-saving drugs from your kids because you believe Jesus will make everything better, the law protects you. The atheists wanted that exemption gone.

The atheists wanted that unenforceable, archaic law off the books. Even as a relic, it didn’t belong there.

That means getting rid of all those unnecessary regulations designed to stop women from having an abortion or accessing birth control. It also called for religious doctors who oppose performing abortions to “refer the patient to another provider willing to do so in a timely manner.”

All three of those proposals passed. Here’s what the Party Platform now says in the “Religious Freedom” section: 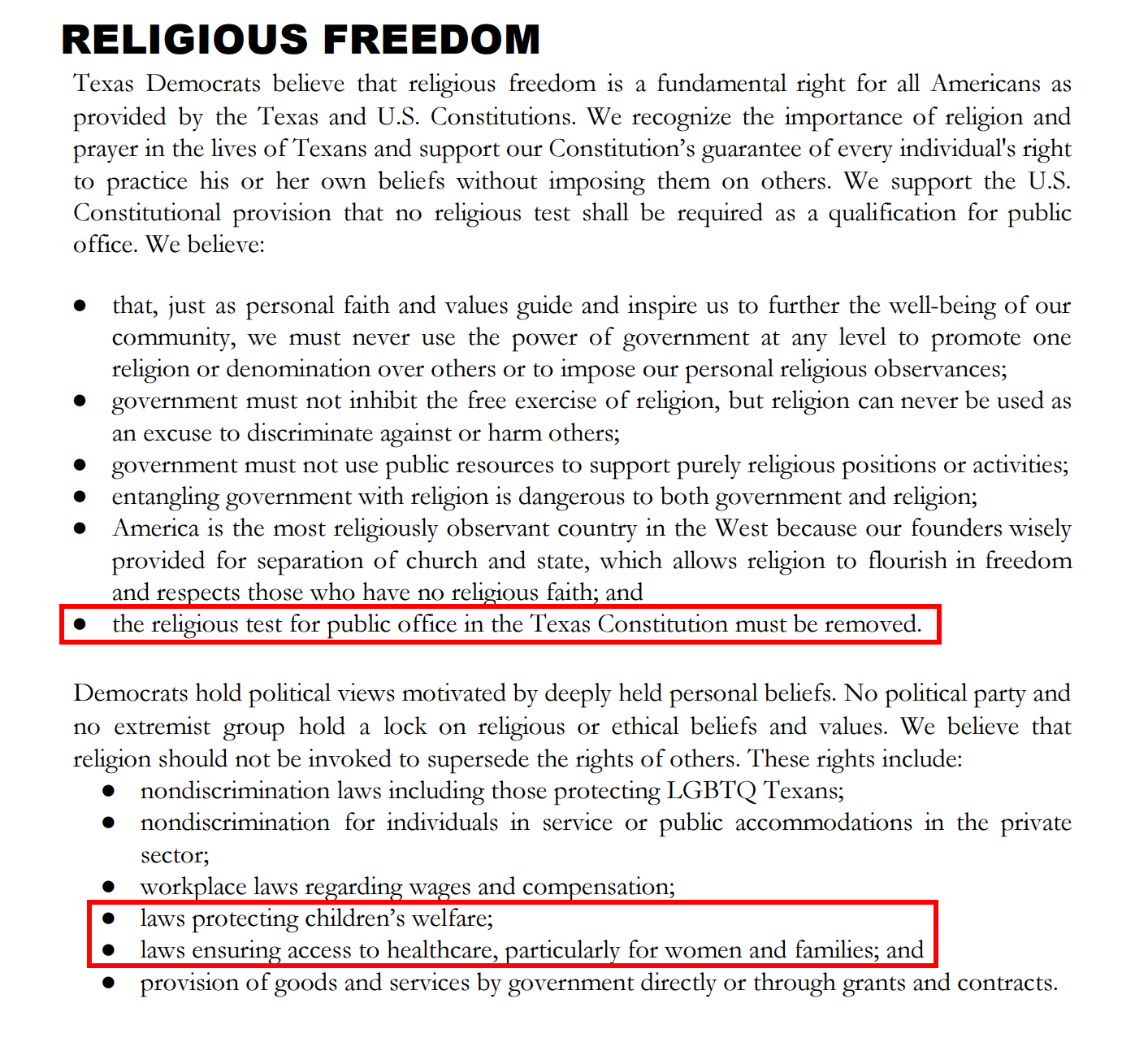 The Secular Coalition for America is thrilled with the inclusion and hope to see this replicated in other states:

“The nonreligious are the largest religious demographic in the Democratic party and they have a valuable role to play in shaping the party’s platform,” said Larry T. Decker, Executive Director of the Secular Coalition for America. “All three of our policy resolutions were incorporated into the ‘religious freedom’ section of the Texas Democratic party platform. We drew a clear connection between these issues and the separation of church and state. What we accomplished in Texas is just one way that the growing secular voting bloc can and will have a positive impact on the political process.”

“At the convention, a candidate for office came up to our booth to thank me for our work. The candidate admitted he was agnostic, but lamented that he could not be open about it because he felt it would cost him his campaign,” said Sarah Levin, Legislative Associate for the Secular Coalition for America. “This is exactly why our presence at the convention this weekend was crucial. If the Democratic party is truly committed to diversity and inclusion, we invite them to work with us to ensure that faith is not a prerequisite for public office.”

By the way, the word “God” doesn’t appear once in the entire Platform — and when “religion” is mentioned, it’s only in the sense that people should be allowed to believe whatever they want.

You might also remember one other proposal of interest: to make “E Pluribus Unum” our nation’s official motto (replacing “In God We Trust”). That one didn’t go through. But I can live with that defeat given the other successes.

I don’t say this often, but other states could stand to follow the lead of Texas… at least this one time.

June 23, 2016
AZ House Candidate Tells Religious Lobby She Won't Be "Silent and Subservient" As the Bible Says
Next Post