First Communions are supposed to be suffused with holiness. If allegations against him are true, that wasn’t necessarily the case for father Charles Bodziak, who saw a young girl’s Communion as an opportunity to sexually assault her.

Not that other, less solemn occasions didn’t suit him equally fine.

Two sisters have sued a Catholic priest, his central Pennsylvania diocese and two ex-bishops who supervised him, saying the cleric molested them repeatedly as girls — including one at her first Communion party. 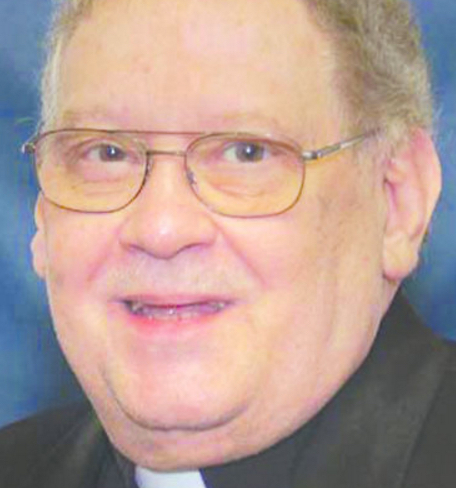 The younger sister, who is now 47, said she met the Rev. Charles Bodziak at St. Leo Church in Altoona, where he was the parish priest, when she was in second grade. At the party her parents threw after her first Communion, Bodziak groped her buttocks and gave her an open mouth kiss, according to the lawsuit.

Bodziak, now 74, repeatedly molested the girl until she was in sixth grade, taking her on school trips where she was fondled, kissed and assured “that what he was doing was ‘OK’ because he was a priest,” her lawsuit said.

The lawsuit filed by her older sister, now 49, makes similar allegations against Bodziak, covering the time when she was 8 to 14 years old. She said Bodziak gave her wine on several occasions before molesting her. Bodziak assaulted her in the rectory after summoning her from school and molested her while she practiced the organ in church, according to her lawsuit.

If priests believed even half of their own bullshit, they wouldn’t be assaulting children, for fear of ending up in hell. Apparently, to thousands of these devout rapists, pleasing themselves is more important than pleasing Jesus. What does that say about the depth and genuineness of their so-called faith?

June 23, 2016
Hecklers Who Disrupted Pastor Joel Osteen's Sermon Cleared of All Wrongdoing in Court
Next Post

June 23, 2016 Nearly 70 Muslim and LGBT Groups Sign Statement Against Hate
Browse Our Archives
What Are Your Thoughts?leave a comment