Majority of LGBT People In London Are Still Too Scared to Come Out June 23, 2016 Camille Beredjick

A disconcerting survey released this week in London found that a majority of LGBT people there still don’t feel safe enough to come out completely.

The organization Pride in London, which leads the city’s annual pride events, commissioned the poll of more than 1,000 LGBT+ people (the plus sign stands for queer identities besides lesbian, gay, bisexual or transgender). The results look specifically at the experiences of LGBT+ people and also compare them to results from the general population.

One harrowing stat is that 74% of all LGBT+ people reported that they had lied about their sexual orientation or gender identity to protect themselves. 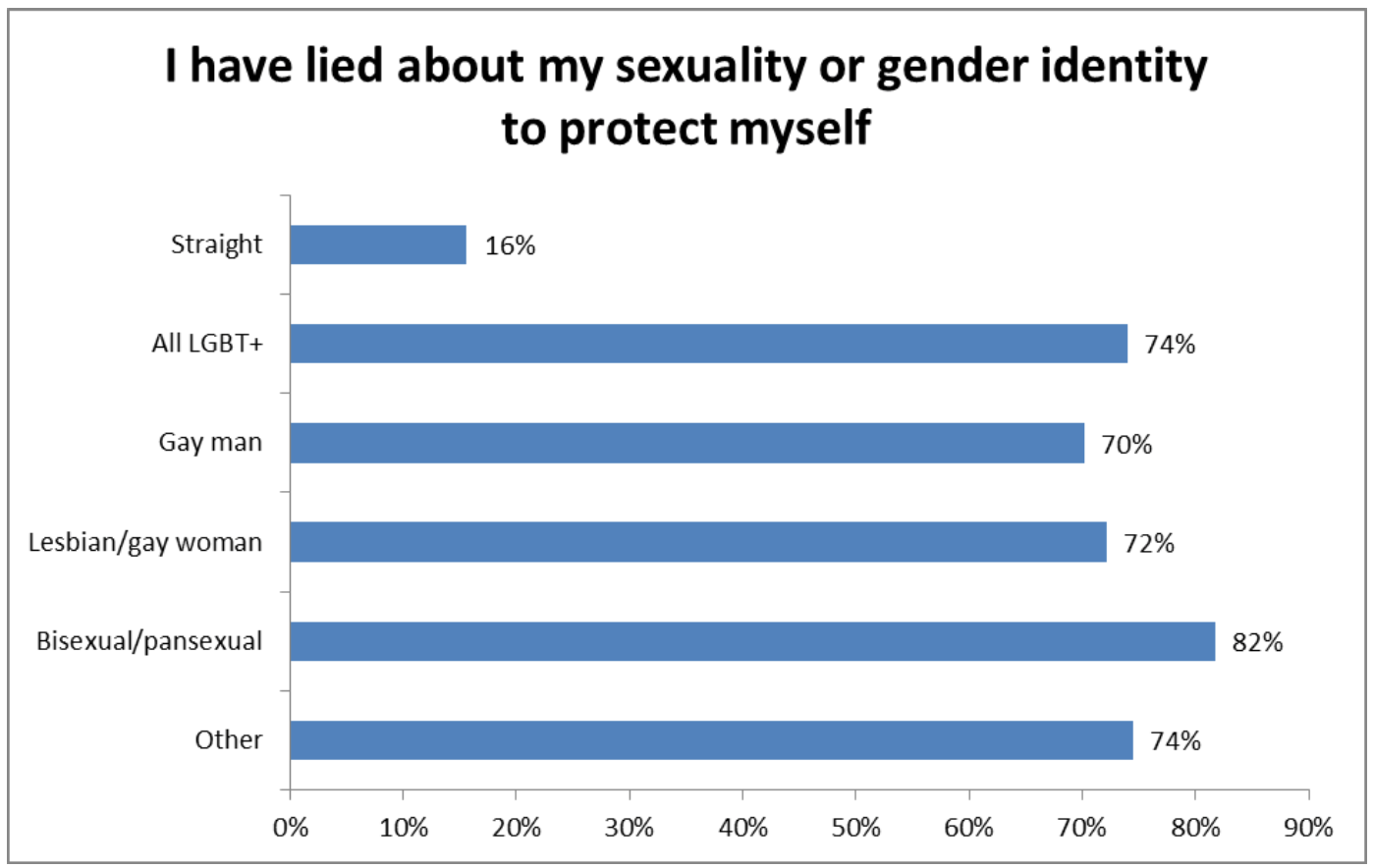 Some other important figures pulled from the data:

Pride in London’s analysis explains a frustrating double-edged sword shown by the data; while a lack of visibility can be isolating for LGBT people, proud displays of LGBT identity can also have dangerous consequences:

Respondents in Pride in London’s research had had very high incidences of verbal abuse and threatening behaviour. Over half of respondents in all LGBT+ groups have experienced threatening behaviour and verbal aggression — up to four times higher than straight respondents. Although physical abuse remains rare, it is much higher for gay men and for those who sit outside the gay/straight binary. This again demonstrates the perils of visibility.

These numbers show that even when marriage equality, workplace equality, equal adoption rights, and protection from discrimination are law — as they are in England — harmful societal attitudes still prevent LGBT people from living as their true selves. This should serve as a wake-up call that we need more than legal recognition; during Pride month and every month, we need to address the daily inequalities, microaggressions, and broad messages that keep LGBT people from existing without fear.

June 23, 2016
Devotional Singer Is Assassinated in Pakistan For Insulting Allah With Music
Next Post