Egyptian Islamic Leader: The World is Less Religious Because Atheists Are Too Damn Reasonable

Sheik Ahmad Al-Tayyeb who heads up Egypt’s Sunni-affiliated Al-Azhar University, said on a TV show recently that atheists are undermining the Islamic world.

And we’re doing it by making logical, sensible arguments that are too hard for many Muslims to refute: 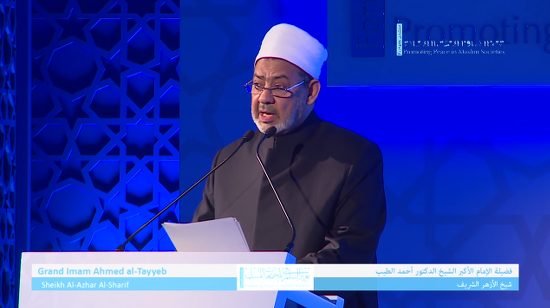 He added that one of the major causes of the spread of irreligiosity and atheism in the Islamic world is that some Muslim youth do not have the support for firm thinking and belief and cannot assess what they hear, especially since those who spread atheism spread their ideas with simple and comprehensible explanations for the youth.

It’s almost like we make too much sense… SOMEONE STOP THE MADNESS!

Al-Tayyeb also pointed out that human rights groups didn’t treat people who left Islam like monsters. As if apostates deserve respect and dignity…

“We think this phenomenon is an abuse of religious freedom and at the same time, those who have not declared their apostasy from Islam are not considered threats to the Islamic community,” he said.

If Al-Tayyeb wants to spread his religious beliefs, he might want to try making some sense, too. It won’t work, but ideas ought to rise and fall based on their own merit.

June 23, 2016
To Christians, From a Christian: Our Collective Homophobia Is Killing People
Next Post

June 23, 2016 Internet Evangelist (Who Makes $50,000/Month) Says Not Donating to Her Is Like Starving a Child
Browse Our Archives
What Are Your Thoughts?leave a comment