Devotional Singer Is Assassinated in Pakistan For Insulting Allah With Music

If you’ve never heard Qawwali music, you owe it to yourself to check it out. I’ve long been deeply touched by the songs of Nusrat Fateh Ali Khan, the greatest of the Sufi-Islamic singers, whose thrilling, intense voice reverberated across cultures and continents until his death of natural causes in 1997.

Now one of Khan’s spiritual successors, Amjad Sabri, has joined him in the grave, assassinated by devout terrorists who consider music an affront to Allah.

One of Pakistan’s most famous and respected musicians, celebrated for devotional songs from a centuries-old mystic tradition, has been shot dead by Taliban gunmen in Karachi. Amjad Sabri, 45, was shot by two men on a motorbike as he drove through a congested area of the port city on Wednesday. 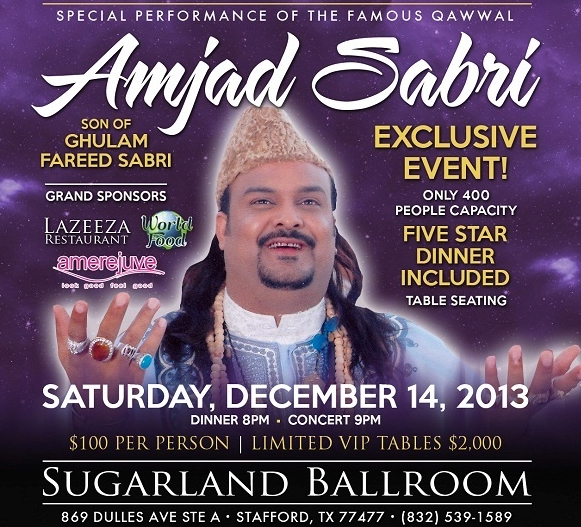 A spokesman for the Pakistani Taliban, Qari Saifullah Mehsud, claimed responsibility for the killing and said Sabri was targeted because the group considered his music blasphemous, local media reported. …

[B]oth the music, and the shrines at which it is often performed, have long been a target for religious conservatives who shun all forms of music and consider the shrines unorthodox. Dozens of sites have been targeted in attacks, including a 2010 suicide bombing at one of Pakistan’s most popular shrines. …

Qawwalis have long been criticized by the Taliban and other hardline groups that reject all music as un-Islamic, and particularly object to those songs which focus on the life of the prophet Muhammad.

Sabri had been named in a blasphemy case brought by a conservative lawyer over a TV performance of one of his songs two years ago, a potentially serious allegation because the offense can carry the death penalty in Pakistan.

Murdered for singing devotional, religious songs. If there’s a better way to illustrate the perfidy and ridiculousness of Islamic fundamentalists, I can’t think of it.