Democrat Cara Prior is one of the open atheists running to become an Arizona State Representative. And she’s not hiding it as she campaigns.

When the Center for Arizona Policy, a conservative group, sent her a survey asking her about her views on abortion, LGBT rights, church/state separation, and other issues, she responded with a blanket condemnation of their so-called “values.” 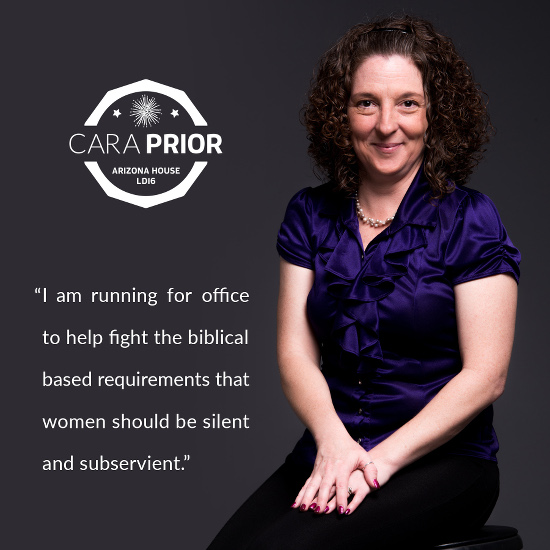 According to an email from her campaign, she sent the religious lobby group this message:

It’s a great response, though I’m not sure how well it’ll go over in her very red district. But when you’re the underdog, might as well be honest, let it all out, and see what happens, right?

If you’d like to contribute to her campaign, you can do so right here.