In an interview with the BBC’s Naga Munchetty for Sunday Morning Live, Richard Dawkins made a rare appearance. His voice is hoarse, but he’s still as critical of religion as ever. 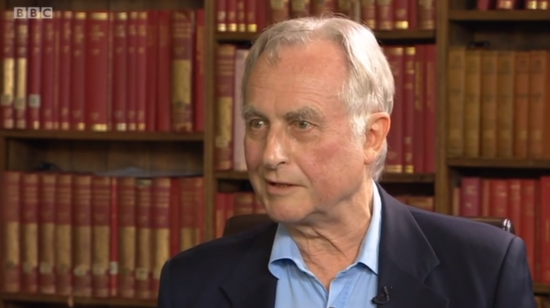 Perhaps the oddest moment took place near the end, when the reporter asked him about death. Does he ever think about what lies beyond?

It may be Atheism 101, but with the recent kerfuffle over false claims that Christopher Hitchens‘ considered Christianity toward the end of his life, it’s not surprising Dawkins was asked about it.

It’s also not surprising that he quickly dismissed the idea of there being a “beyond” to even think about.

Good to hear him in such high spirits, though.

Side note: If you’re wondering about his mismatched socks, read this.

June 21, 2016
Christian Convert Walid Shoebat: The Zika Virus Is a "Punishment From God For Sexual Promiscuity"
Next Post