In the aftermath of the massacre at Pulse nightclub in Orlando, local tattoo artists are doing their part to bring the community together and support the victims.

Over the course of several days, artists at Stigma Tattoo Bar in Orlando donated their time to offer the community tattoos commemorating the nightclub. The artists created more than a dozen special designs, and patrons could choose any of them for a flat fee of $50. All the proceeds from the original event were donated to the families of the victims and other relief efforts, while a portion of proceeds from future Pulse-themed tattoos will go to the same cause. 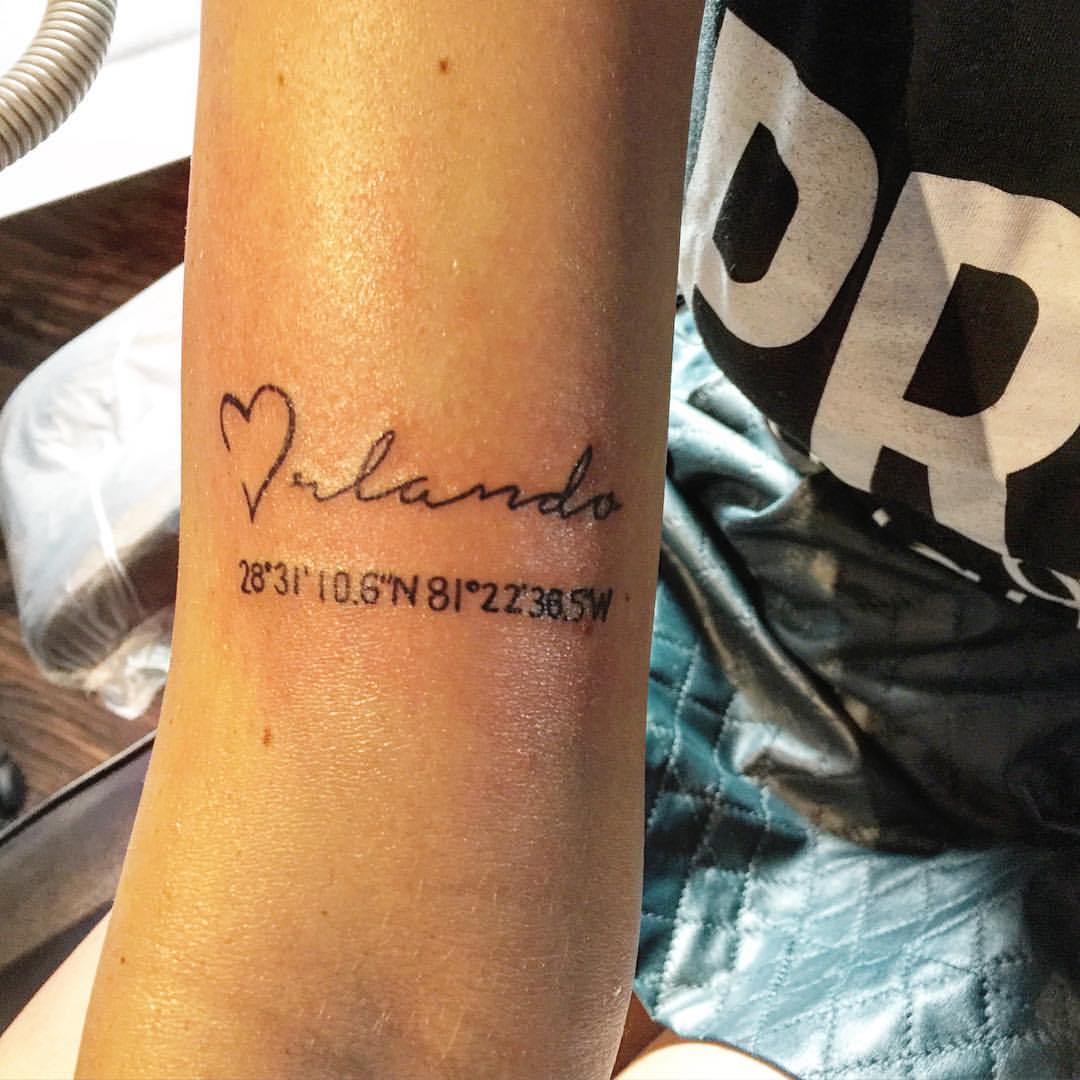 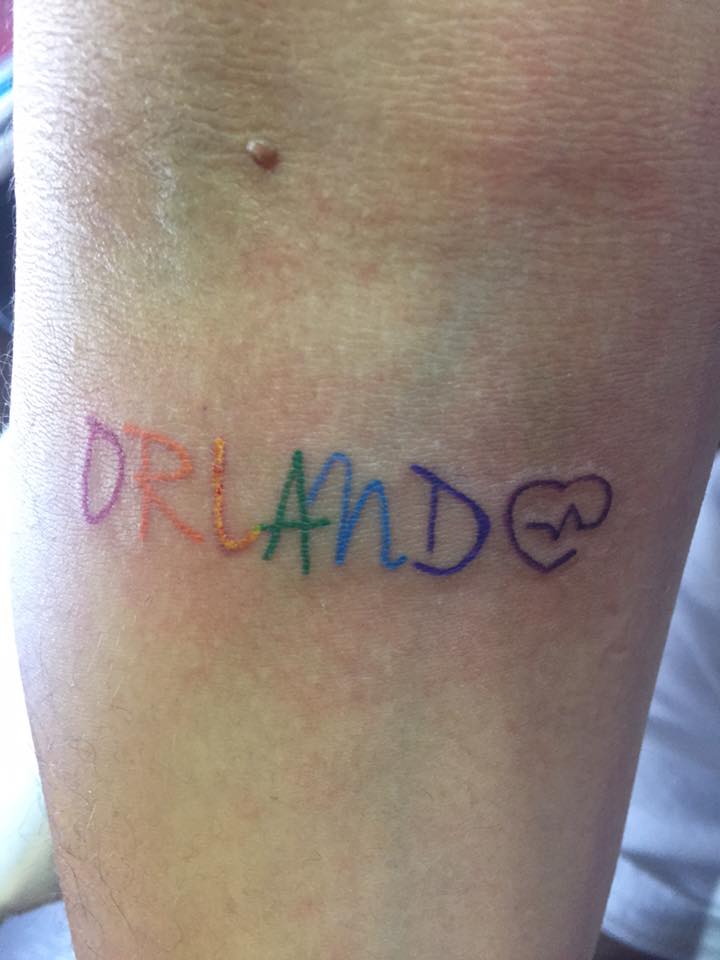 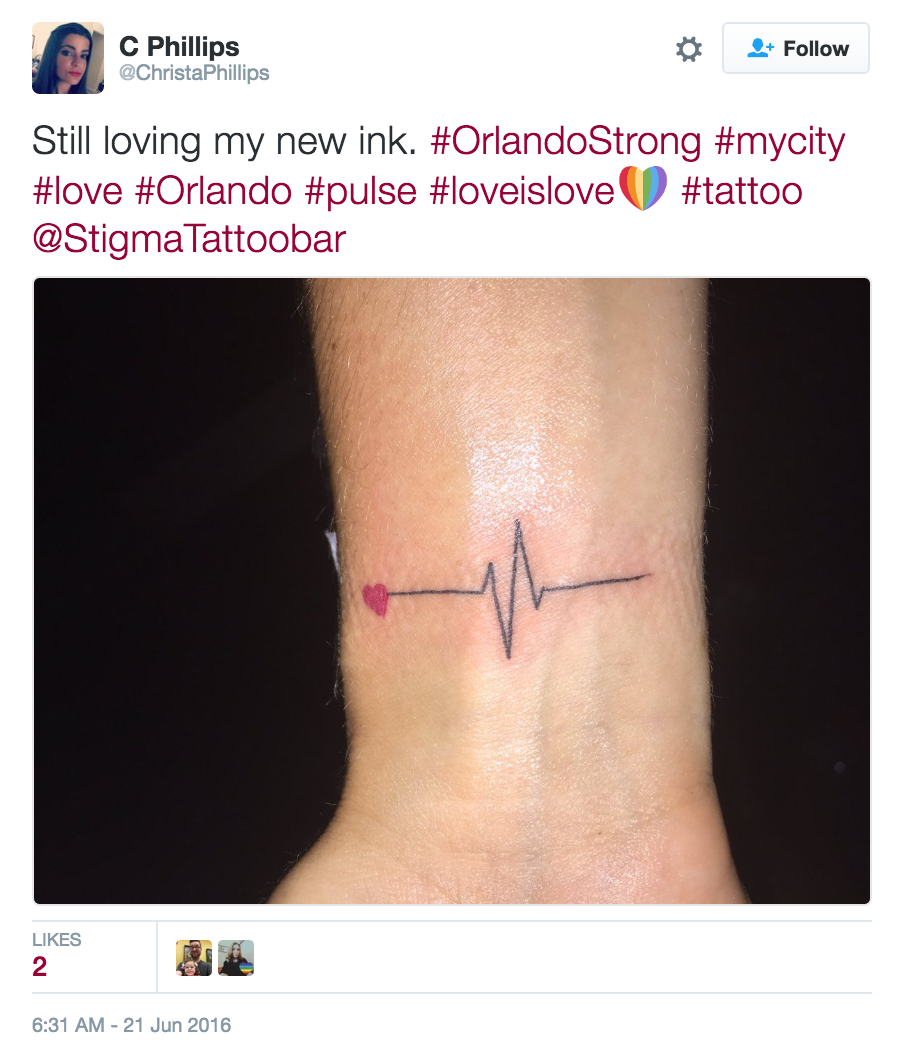 Danny Wells, a straight man who owns the combination tattoo-parlor and bar with his wife, tells The Advocate that interest in the fundraiser, which formally began Sunday, exceeded his expectation. He’s still trying to determine which support organization the funds raised at Stigma will go toward, but he’s adamant that the funds benefit those directly impacted. But as soon as word got out that Stigma artists were offering permanent reminders of the popular LGBT club Pulse, residents flocked to the small downtown venue to contribute.

Other companies appear to be following suit: 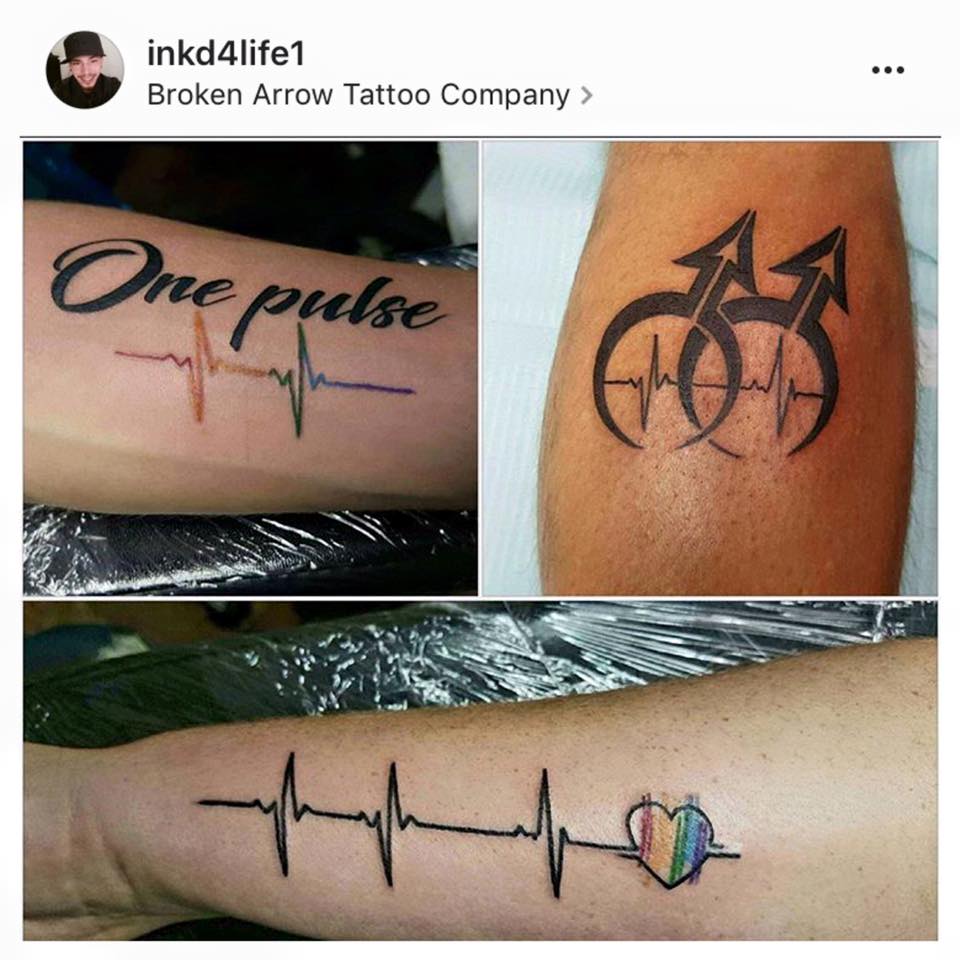 More than a hundred people showed up for tattoos at Stigma, some waiting for eight hours outside in Florida summer weather. Pulse will never be forgotten; this is another way of showing it.

June 22, 2016
Former Naturopathic Doctor: "I Can No Longer Disregard the Inconvenient Fact That I Was a Quack"
Next Post

June 22, 2016 George Takei Will Proudly Pee Next To Trans People
Browse Our Archives
What Are Your Thoughts?leave a comment