Charlotte-Mecklenburg Schools Will Let Transgender Students Use the Bathrooms of Their Choice June 22, 2016 Camille Beredjick

As the debate over transgender people in bathrooms rages on, no place has been more scrutinized than North Carolina, where the pushback against HB2 continues to make national news.

That’s why it’s so important that Charlotte-Mecklenburg Schools, the second-largest school district in the state, just announced that transgender students will have the right to choose their names, pronouns, and bathrooms beginning this fall. 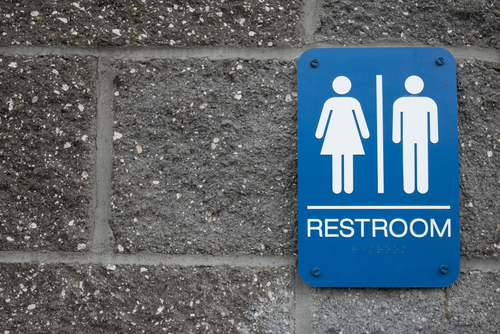 Superintendent Ann Clark said CMS has been working on the regulation for a year, but the political furor over North Carolina’s House Bill 2 left principals and teachers confused and wary.

“You’ve kind of had to feel your way through this,” Myers Park High School Principal Mark Bosco said at a news conference after the training.

It’s actually not as defiant a statement as it may seem. While HB2 requires students’ bathroom use be dictated by the gender on their birth certificate, that law actually contradicts federal Title IX guidance stating that transgender students’ gender identity must be affirmed and respected. A ruling from the Fourth U.S. Circuit Court of Appeals, whose jurisdiction includes North Carolina, made the same determination.

Clark said the goal of the CMS regulation is to allow all students to be safe and comfortable as they pursue an education. Although official transcripts must carry the name and gender on the student’s birth certificate, schools will be expected to create class rosters that use the student’s preferred identity. All students will have access to increased privacy, such as a screened area in the locker room or a single-stall restroom, on request.

And gender-based activities that have no educational purpose, such as having a girls’ and boys’ line to go to recess, will be phased out. […]

Experts estimate that only 0.3 percent of the population is transgender, but in a district with about 146,000 students that would come to more than 400 children and teens.

While regulations such as these don’t require a board vote, the new policy has the unanimous support of board members, according to board Chair Mary McCray. The regulations also seem to formalize inclusive practices that were already taking place at some schools:

CMS has been dealing with transgender students on a case-by-case basis, starting in elementary schools and running through high school graduations, where there have been cases of the graduate wanting one name and gender used on the diploma and the parents wanting another. If students are 18, as most graduates are, the student’s choice will be honored next year, Clark said.

“This is about listening to our students, first and foremost,” she said.

Bosco said he has always tried to be sensitive to transgender students, but Monday’s training helped him understand how complex gender identity issues can be. “Until you really take some time to understand what it is to be transgender, you’re just going to miss some things,” he said.

It’s too soon to tell whether the pro-HB2 crowd will show up with pitchforks, but either way, this is a monumental moment for transgender students in Charlotte, in North Carolina, and across the country. Students cannot be expected to succeed in school unless they can show up as their true selves and know they’ll be respected. Policies like this one send the message that it’s possible.