Tennessee Clinic Wants You to Forget That Their Doctors Believe Vaccines “Can Cause Autism” June 21, 2016 Hemant Mehta

Earlier this month, I posted about how Cool Springs Family Medicine in Franklin, Tennessee announced that doctors there would no longer administer vaccines to patients because “they can cause Autism.” They’re wrong about that, obviously, since there’s not a shred of credible evidence pointing to a link between the two, but that’s what they were saying. 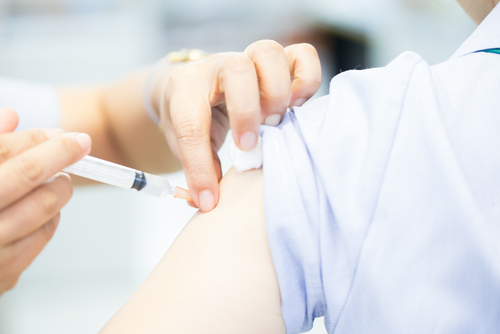 Here’s what’s happened since then:

The blog post in which Dr. Daniel Kalb made his dangerous comments is no longer on the clinic’s website. (Thankfully, we archived it that day, so you can still read it here.)

An older post, however, still remains on their website and it effectively contains the same disturbing information:

… for some children, giving a vaccine could be like nudging the first domino, setting up a cascade of reactions resulting in the immune dysfunction disorder called Autism, or other childhood epidemic neuroimmune disorders such as ADHD, Sensory Integration Disorder, and PANS/PANDAS.

The clinic hasn’t apologized for the post they deleted, nor do they make any mention of it on the site. In fact, on Facebook, practically all posts made by visitors in the month of June are still unapproved (as of this writing) while the clinic itself has barely posted anything over the past few weeks outside of a couple of graphics about “Love.”

It’s like they want the whole incident to disappear — even if they’re pushing the same false beliefs on their equally ignorant patients.

The Tennessee Department of Health, in what could be described as either a very neutral response to my inquiry or a subtle push for people to take action, told me this via email:

If you would like to make a complaint concerning a physician, this webpage gives instructions for filing complaints against health care professionals: https://tn.gov/health/article/filing-complaints-against-health-care-professionals.

I would encourage anyone who cares about science, public health, and the children of Tennessee to fill out this form and send it in or call 800-852-2187. What Dr. Kalb is doing by telling parents they don’t need to vaccinate their children is a hazard to everyone in the area.

Yesterday morning, I asked Cool Springs Family Medicine via Facebook why they deleted the posts in question. They still haven’t responded.