In a really classy move by St. Paul’s United Church of Christ in Dallastown, Pennsylvania, Rev. Christopher Rodkey put up this sign outside the church: “Wishing a Blessed Ramadan to Our Muslim Neighbors.” It was just a nice thing to do in a such a public way.

That move, however, angered a guy named Matthew Jansen, who urged his Twitter followers (and conservative commentator Ann Coulter) to call the church and presumably leave nasty messages. 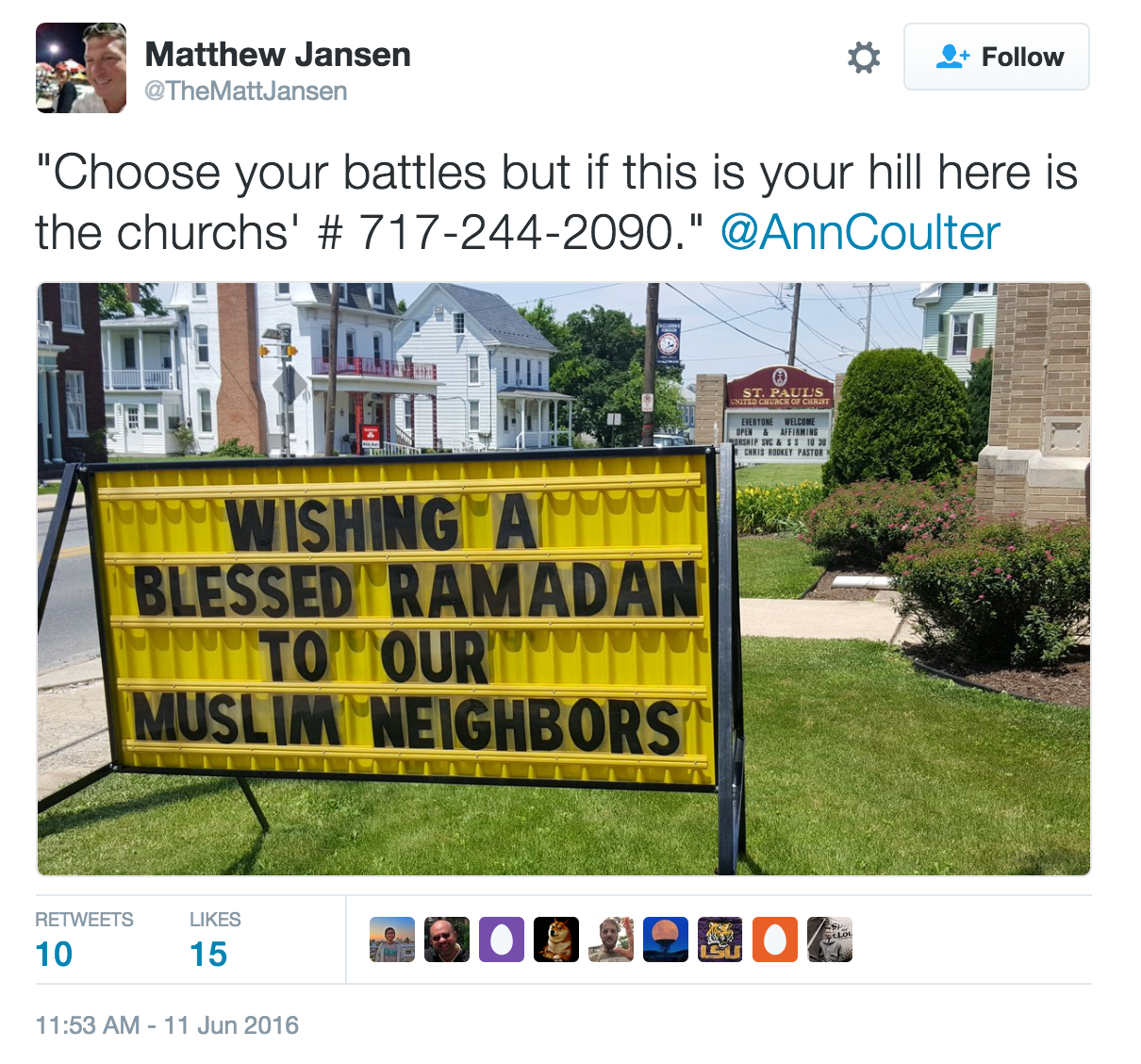 Jansen even left a nasty message of his own:

… I am completely shocked by that sign out in front of your church, that you are wishing people who subscribe to a faith that is not only godless but Pagan, in front of your church, aligning it with the name of Christ. It is unbelievable that you would welcome them and wish them… a blessed Ramadan. Are you sick? Is there something wrong with you? I am posting your picture that you displayed out there on Twitter and on Facebook so everybody can see this, what you’ve done. This is despicable. Unbelievable.

The church has received several harassing phone calls since Jansen posted their number.

Want to know what’s disturbing? Jansen a member of the Spring Grove School Board.

Even worse? He’s a Donald Trump delegate to the Republican National Convention. (Bet you didn’t see that one coming…)

In any case, if you’re up to it, feel free to call the church and leave them a positive message. Reader Susan pointed out that when she tried to do that, the voicemail box was full, but don’t let that stop you.

You don’t have to agree with their theology to recognize that treating others with respect — especially when they disagree with you — is a difficult and beautiful act. That the church is being criticized for this generous move is absurd.