For years now, Katherine Ozment has been exploring how the ever-growing segment of non-religious parents raise their children. They’re not all atheists, but they have to grapple with the Big Questions about life and death and belonging, all without supernatural faith. She wrote a magazine article about it a few years ago, and she has now written a full-length examination into the topic.

Her new book is called Grace Without God: The Search for Meaning, Purpose, and Belonging in a Secular Age (Harper Wave, 2016). 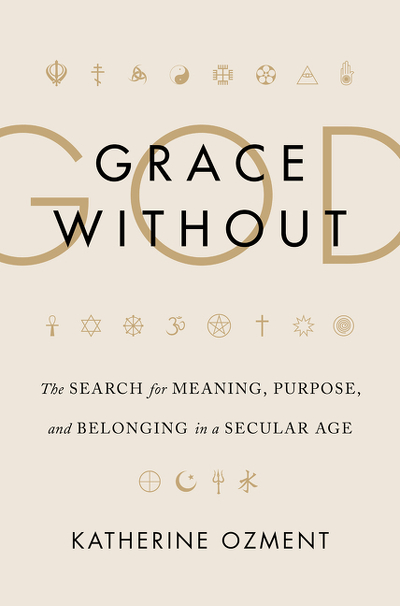 In the excerpt below, Ozment talks about how she realized the importance of teaching religious literacy to her oldest child, even when she wasn’t raising her in a particular faith.

When my older daughter was seven, I added an illustrated children’s Bible to the stack of books I read to her every night before bed. I had high hopes of weaving an essential text in with those about historic American Girl doll characters, fairies, and dogs.

She loves animals, so I chose the story of Noah’s Ark, figuring she’d be taken in by all those goats and giraffes and elephants lined up safely two by two in the hull of the boat. But I’d neglected to consider how Noah and those animals got there in the first place. I read the opening lines: “So God said to Noah, ‘I am going to put an end to all people, for the earth is filled with violence because of them. I am surely going to destroy both them and the earth.’”

My daughter stiffened. I quickly turned the page, skimming over the phrase “every living thing wiped out” and the picture of the tumultuous waves surrounding the boat. After two pages, she put her hand over the book. “I don’t want to read this anymore,” she said, her voice trembling. “God’s too mean.”

The idea of a wrathful God was utterly alien to our children, and I realized I’d forgotten it myself — the humbling presence of this omnipotent being with the power to obliterate or redeem us. This is a greater loss than simple religious literacy. This kind of God stands in for a structure that lets people know they are part of a unifying whole, a power that holds and nourishes them, and also threatens them if they do wrong. For thousands of years, religion has bound people together largely by reminding them that such a God was watching. Somehow this story still felt important to me. Not that God would come down and flood the earth, but that we should be mindful of forces larger than ourselves, and learn that we are accountable to them in our actions.

That night, nestled on the couch with my daughter in relative safety, I realized I couldn’t explain to her the theology behind God saving some and destroying others. I closed the children’s Bible and placed it on the bookshelf, where my own Bible had lived throughout my childhood. I asked her what she wanted to read instead. She chose our collection of Greek myths — the more palatable stories of gods, goddesses, and fantastical man-animal hybrids that were almost human in comparison to the God of the Bible. We spent the next hour amid gods and goddesses who did beastly things to one another, tricked and punished and betrayed each other, but never with the same terrifying authority or finality.

Her choice seemed a desire to remain close to the ground, alongside stories of mystical beasts of nature and gods who were like characters in a play rather than those of a people under the severe hand of a single, ultimate God. But this desire suggested to me the loss of an inner architecture, a sense of awe and fear before the vastness of God, the uncertainty of our lives, the unknowability of the world. Would my daughter’s spiritual terrain and moral core develop only through what she could see in front of her?

On one level, religious literacy is about knowing the stories themselves, all those cultural references our children will come across throughout their lives in literature and art and music, but on another level it’s about the messages captured in those stories, born from another time and way of thinking about the world. Shouldn’t our children have a sense of how religious people then and now have conceived of the world, and answered life’s big questions?

Grace Without God is now available on Amazon. You can also listen to my interview with her right here.

June 21, 2016
Humanists Will Get Another Chance to Fight SC School District's Religious Graduation Ceremonies
Next Post