***Update***: Wegmans has responded saying they “should have made the cake.” They will address the issue with their store and the customers:

@hemantmehta:Hello, @Wegmans is very sorry about this; we will address it with our store and the customer. We should have made the cake.

Wegmans very quickly apologized after learning of the refusal of service. There was intervention from the highest level of the corporate hierarchy on the same day that the issue received public play.

“Danny Wegman was very concerned about the incident described in your letter today, and asked me to look into it, which I have done with the Virginia division manager and the Fairfax store manager,” Stephen Van Arsdale, senior vice president and general counsel of Wegmans, emailed to Seidel. “We have concluded that the bakery department made the wrong decision and that they should have made the cake as ordered. Our employees typically do an incredible job of serving our customers, but occasionally they make mistakes. This was one of those times, unfortunately, and we apologize.”

Wegmans has offered to make up for the snub by charging nothing for the cake. FFRF is delighted.

“The corporate office acted quickly and correctly to compensate for the misbehavior from employees at one store,” says Seidel. “I wish some of the government officials we contacted were as conscientious about doing their jobs.”

Ex-Muslims of North America is pleased, too.

“We are grateful that Wegmans management took this issue seriously, and agreed with us that the actions of their Fairfax bakery employees were categorically wrong,” says organization President Muhammad Syed. “We hope that the management will take action to educate their employees on discrimination and the appropriateness of bringing a personal belief into the workplace.”

To celebrate their third anniversary, the Ex-Muslims of North America recently contacted a Wegmans grocery store in Fairfax, Virginia with a simple request: They wanted to buy a cake with the group’s logo on it along with the phrase “Congratulations on 3 years!!” 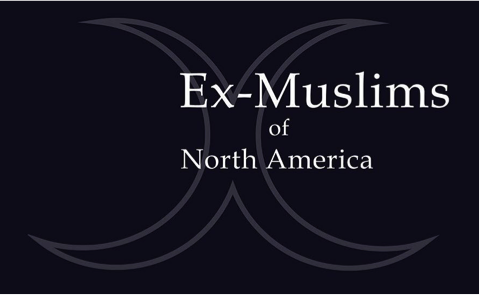 They weren’t asking for a drawing of Muhammad or a statement condemning Islam. They just wanted a cake celebrating their existence.

It was too much for the store to handle:

… when the group’s staffers called to confirm the design and status of the cake, they report that a “rude bakery associate” denied the request, calling it “offensive.”

The organization’s initial attempts at getting an explanation from Wegmans were unsuccessful. Finally, an employee called the group back and explained that the cake was declined because the store did not want to advocate “one way or the other.” The worker said that the store has “a lot of employees who are Muslim,” and that “employees may not know what this stands for.”

The staffers’ ignorance shouldn’t be an excuse to reject customers who aren’t asking for anything unusual. Do the Muslim staffers also refuse to make cakes that say “Congratulations on your bar mitzvah”? What about cakes for atheist groups? Those celebrating a second marriage? Just because some people have left Islam doesn’t give Muslim employees the right to refuse service to them.

The Freedom From Religion Foundation sent a letter to the store’s manager and the chain’s executives today:

Unlike the blatant discrimination some Christian bakeries have shown to LGTBQ Americans in the name of religious freedom, this appears to be discrimination against customers’ lack of religious belief — Wegmans essentially refused to serve a group of nonbelievers. This raises serious concerns under federal, state, and local civil rights laws.

Legalities aside, Wegmans rationale for the discrimination is wrong on multiple counts. First, it suggests that leaving a religion is offensive. ExMNA are people who have left a particular religion behind. The cake is not insulting, denigrating, or mocking the religion. It is simply stating that this group of people exists. Second, the cake was not for Wegmans, it was for ExMNA. There is no need for Wegmans to construe the cake’s message or educate employees about its meaning. Should an employee have such heightened sensibilities that merely acknowledging the existence of ex-Muslims distresses them, surely another, less sensitive employee can be found to decorate the cake.

We understand that this was likely the result of misguided, store-level employees. But it is the responsibility of the corporate office to educate its employees on the civil rights laws and to enforce those regulations. Irrespective of the law, discriminating against people who have left religion behind goes against the values and culture of which Wegmans is so rightfully proud.

EXMNA’s gathering is over, but FFRF is “asking Wegmans to fulfill the original order without charge and educate its employees on their duty to serve patrons without discrimination.” It’s the least the store could do at this point since the employees’ refusal to do the job marred the celebration for the Ex-Muslims.

“Apostates from Islam are regularly ostracized by their communities and families — simply for no longer sharing a belief,” says Muhammad Syed, the president of Ex-Muslims of North America. “Our mere existence is considered offensive to some, and we face threats and abuse on a regular basis. It is a shame that an American business is choosing to mirror this sentiment.”

EXMNA added in their own press release:

“I’m shocked by the denial,” said Muhammad Syed, the president of EXMNA. “There is nothing about our name or logo that can be considered offensive to any reasonable individual. There are some, however, who take our very existence as an affront to their faith, and to them I have only this to say: We have every right to exist and be proud of who we are, and we won’t back down.”

“Ex-Muslims around the world are persecuted and threatened, even by their own family and friends,” Syed continued. “We assumed that here, in the United States, we could go about our business without disruption. Unfortunately, even respectable businesses would rather turn away a persecuted group than risk offence.”

We’ll post an update if and when Wegmans responds.

June 20, 2016
Every New Copy of Richard Dawkins' The Blind Watchmaker Will Have a Unique Cover
Next Post