If you were to look at the North Carolina Democratic Party platform, you would see that this is what it says about civil rights:

Racism, discrimination, hate, and bigotry still exist. Therefore, there is a need to continue to fight those who would take away the civil rights for which we fight so hard. Since many devoted their lives to social change, it is our obligation, to demand civil rights for all people regardless of race, gender, gender identification political persuasion, national origin, religion, age group and sexual orientation.

That’s all well and good, but it doesn’t technically say Democrats should fight for the civil rights of people without religion. (Unless you want to categorize us under “religion,” which I suspect many atheists wouldn’t appreciate.)

Susanne Werner, the chair of the Secular Coalition for North Carolina, attended the state convention last week, and she felt this was a minor change that she could at least suggest. She had no idea whether anyone would be receptive to it: 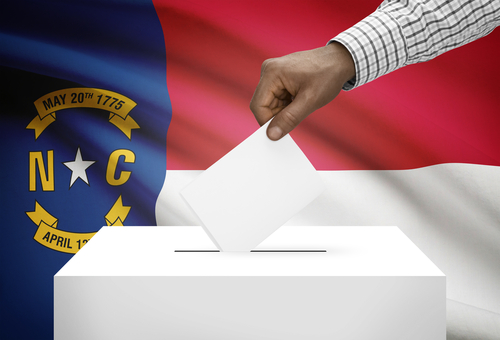 … I simply stepped to the microphone and proposed that the statement be amended to include “no religion.”

I had one minute to make my case… I pointed out that we secular, nonreligious citizens face discrimination. The NC State Constitution illegally names nontheism as the primary disqualifier for public office (“First, any person who shall deny the being of Almighty God”), implying that not being religious is more egregious than being convicted of treason and other felonies. The Nones are typically either overlooked or intentionally maligned, when we are actually the fastest growing “religious” demographic in NC, with a higher growth rate than any religious sect. I also pointed out that of the nonreligious population, nearly 50 percent are Democrats (the rest being split between Republicans and unaffiliated)!

While there was some debate over the wording of the amendment, which currently changes “religion” to “religion or lack thereof,” Werner’s idea had “overwhelming support.” Her story, which you can read in full at The Humanist, shows just how vital it is to have non-religious people at the table when these issues are being discussed.

If we don’t present ourselves as voices worth listening to, we won’t have a say in what the party’s priorities are. All the more reason to participate in local politics.

June 20, 2016
Wegmans Store Refuses to Make Cake for Ex-Muslim Group Because Their Existence is "Offensive"
Next Post