Every New Copy of Richard Dawkins’ The Blind Watchmaker Will Have a Unique Cover June 20, 2016 Hemant Mehta

If you read Richard Dawkins‘ 1986 book The Blind Watchmaker, then you might remember that he created a computer program to simulate how evolution works. His “biomorphs” ultimately evolved in ways he couldn’t have anticipated — and that helped him explain the power of natural selection.

To celebrate the 30th anniversary of that book’s publication, Penguin Books just reissued The Blind Watchmaker and they did something really incredible with the covers.

They created their own version of Dawkins’ evolution program in order to create a unique biomorph for the cover of every single book. 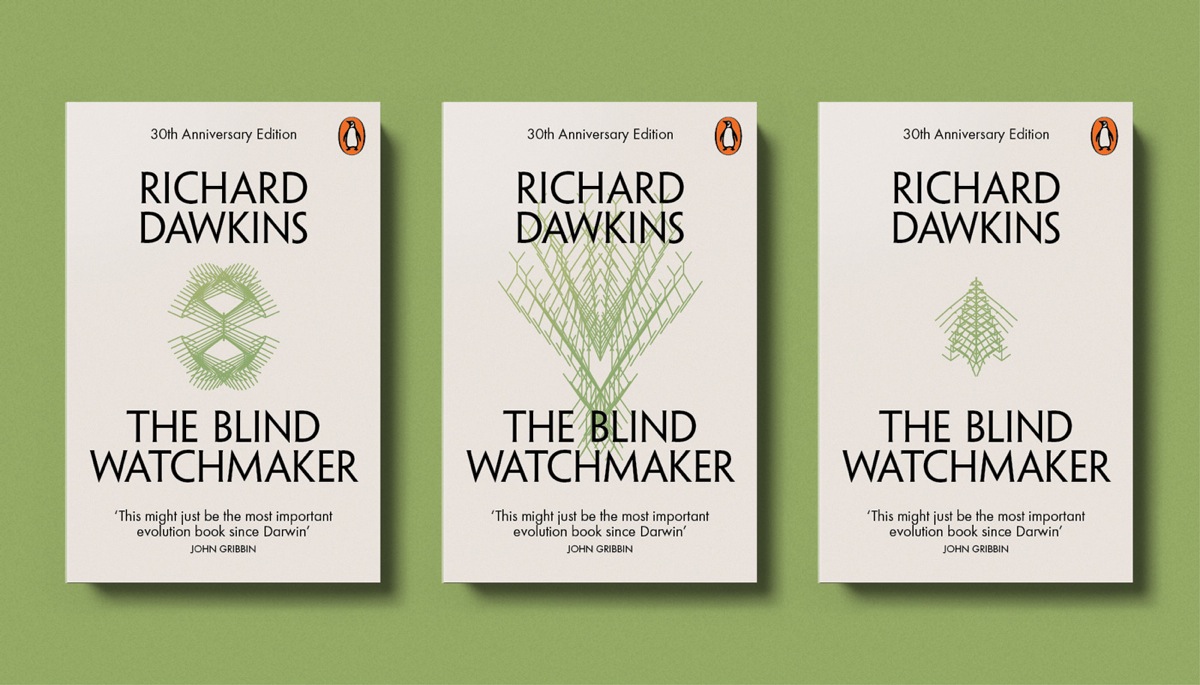 “There was only one approach,” [designer Matthew Young] says. “I wanted to do unique covers — and seeing this programme and what it could generate, I thought, let’s try and get those on the covers. Because some look great, some look really weird and obscure, some form really abstract patterns.

“And the books are all about evolution,” he continues, “I can’t think of a better book to use this concept of unique covers. Just like in evolution, no two people, no two creatures [are the same] — here, no two covers are alike, and it’s Dawkins’ own original code. It just fits so nicely”.

Penguin is also re-releasing Climbing Mount Improbable (20th anniversary) and Unweaving the Rainbow (which is just a damn good collection of essays).

For the reissue of the latter book, the designers did something similar, except they used unique light waves:

… the team decided to illustrate light waves from the visible spectrum on each cover, a process which meant ensuring they render accurately in CMYK. This generated some 400 colour options, while pairing the colours gave them a much wider variety of covers (seven colour wavelengths on a cover was visually too much). “Then we added offset as well,” adds Young, “so some have two waves, some three”.

As far as graphic design goes, it’s fascinating stuff. The books are currently available in the UK, but let’s hope they come over here soon enough.

And if you’d like to play around with an updated version of the computer program Dawkins created 30 years ago, you can do that right here.

June 20, 2016
These Jehovah's Witnesses Propaganda Films Urge You to Be Faithful, Despite Common Sense
Next Post