Avijit Roy was killed in February of 2015 as he and his wife were returning home from a book fair in Dhaka, Bangladesh. Two attackers came after them with cleavers and “hacked them mercilessly.” His wife survived. Roy did not. 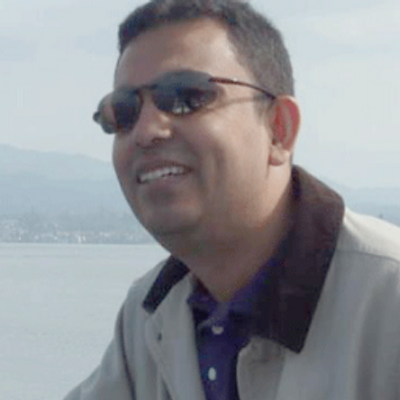 Since then, several atheists have been murdered in the country, with critics calling for the police to do more (and to stop blaming the atheists for criticizing religion). In a bit of hopeful news, the police arrested several thousand people earlier this month in a crackdown on these kinds of attacks.

But this morning, police got into a gunfight with Roy’s alleged assailant “Sharif” and killed him:

Police claim the man, shot dead in Dhaka early on Sunday, is ‘Sharif’, one of the six militants with rewards on their heads.

Senior Detective Branch officer Mashrukur Rahman Khaled told bdnews24.com that ‘Sharif’ was an Ansarullah Bangla Team operative, who was one of those responsible for the murder of writer-blogger Avijit Roy.

“Sharif had been using aliases Sakib, Saleh, Arif and Hadi to conceal his identity. He was one of those who took part in the killing of Avijit Roy. There was a Tk 500,000 reward on his head,” he said.

It’s unclear what led to the gunfight, though it appears this wasn’t some sort of reciprocal form of justice. The police didn’t set out to kill him. It just happened. But if it means an assassin of atheists is now off the streets permanently, good. I hope it sends the message to anyone else who might consider murdering critics of religion that they’re not going to get away with it.

June 19, 2016
After Battle With Terminal Illness, "Heaven Over Hospital" Child Dies at Home (As She Requested)
Next Post