It’s bad enough that many government officials have to take an oath of office that includes references to God. But it’s so much worse when that oath applies to federal scientists who are even less likely to believe in such nonsense.

In India, however, if you’d like a Junior Research Fellowship to the Council of Scientific and Industrial Research (CSIR) — arguably the largest research and development group in the country — you apparently have to sign a pledge that includes the phrase “So help me God” when accepting the position. 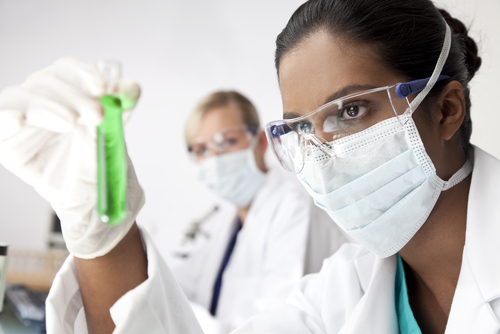 The oath of allegiance reads: “I …………do swear that I will be faithful and bear true allegiance to India and to the Constitution of India established and that I will loyally carry out the duties. So help me God.”

Averring that it is laudable for a person to be faithful and bear true allegiance to the Constitution of India, Narendra Nayak, president, Federation of Indian Rationalist Associations (FIRA) in an open letter to Girish Sahni, DG, CSIR, said “We (rationalists’) fail to understand what an entity called ‘God’ has to do with it! It may be a research project of CSIR for the next millennium to establish the existence of this entity. But, we do not know which that God they are talking about, is.”

In a secular democratic country where there is freedom of belief, he said, “I do not know how CSIR can compel scholars to sign oath owing allegiance to an entity whose existence has not been proved so far.”

It’s a fair question. But it’s also not the only problem with the oath of allegiance.

According to one version of the oath, single people have to also promise they will “not marry a second time, while my first wife is alive or legally separated, save with the permission of the Competent Authority.”

And if you’re a woman, you have to promise not to “marry any person who has a wife”… without permission. (Which really makes you wonder who’s giving permission for these things.)

It’s remarkable overreach by the government and an awful way to control the very people least likely to take tradition and religion seriously.