Christopher Richeson used to be a teacher at Union County High School in Maynardville, Tennessee but his contract wasn’t renewed for next year. Richeson has no clue why, but it’s worth noting that he was the sponsor of the school’s Gay Straight Alliance and provided a safe haven for the school’s LGBT students. 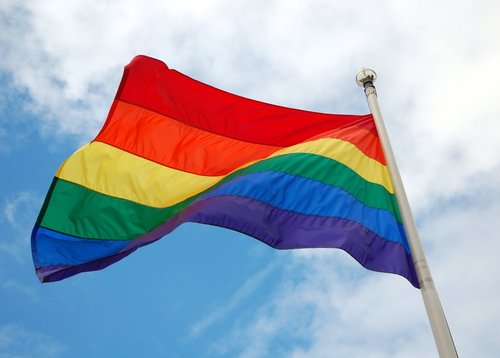 Freelance journalist Shannon Carey attempted to publish his story in a local newspaper, but they rejected it, so she shared the post on her personal website and it’s well worth the read.

Despite having no disciplinary issues and sponsoring multiple clubs at the school, Richeson liked to get students to think for himself, which seemed to rub the principal (who will be transitioning jobs next year) the wrong way. Like when he taught a philosophy class that included discussions of many religious and non-religious perspectives.

“[Principal Linda Harrell] said I had embarrassed her at church, and she wanted to make sure I wasn’t teaching atheism in her school. There were several more times, always with a religious focus,” Richeson said.

Harrell wasn’t happy with Richeson’s sponsorship of the Gay Straight Alliance, either, asking him to change it to a “general anti-bullying club.”

And she got really mad when the club watched the movie Philadelphia. When the posters for the event went up on the walls, some students began shouting gay slurs and ripping the signs down from the walls. Richeson said the principal didn’t have his back in that situation, either:

“… there was no attempt on the part of the school to stop violence or address diversity. [Harrell] called me to the office and told me that the GSA shouldn’t start violence.”

It’s just a sad story from beginning to end. Carey reached out to both Harrell and Superintendent Dr. Jimmy Carter. Neither responded to her.

For now, there’s an online petition to reinstate Richeson and a school board meeting this coming Thursday at which Richeson and his supporters are planning to speak. If you’re in the area and want to support them, please consider attending.

June 18, 2016
Kids Who Violate Curfew Will Be Sent to Church, Say Trenton (NJ) Police
Next Post