Don’t worry, everyone. The existence of Courtroom 13 in Saint John, New Brunswick will no longer be a problem. (In other news: This was apparently a problem.) 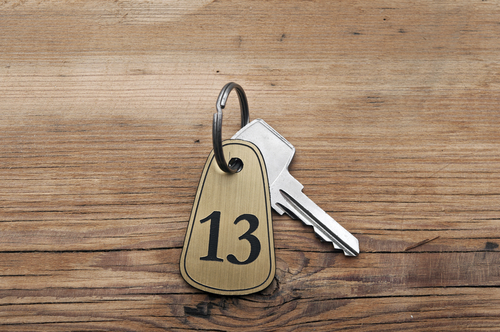 Officials quickly took down the sign, but it was still known as Courtroom 13 on dockets and other official documents.

Now, though, a new sign has gone up declaring it Courtroom 14.

“People only come here once or twice in their lives, so we’re hoping to make it easier. We didn’t do any investigation or analysis to see how many people it impacted. It was an easy fix,” said [regional director of court services Don] Higgins.

I suppose if it puts people at ease in an already tense situation, great. But what does it say about society that people still have to accommodate this kind of irrationality? New Brunswick isn’t alone here — some buildings don’t have a 13th floor, a lot of Asian countries avoid the number 4 — but eye rolls are justified in every instance.

(Image via Shutterstock. Thanks to Michel for the link)

June 18, 2016
This Poster Seen Inside a Virginia Church Is Really Disturbing...
Next Post