How Many Levels of Protests Will Take Place on Opening Day of the Noah’s Ark Theme Park? June 18, 2016 Hemant Mehta

How Many Levels of Protests Will Take Place on Opening Day of the Noah’s Ark Theme Park?

I thought the Reason Rally was going to be unique as far as atheist/Christian protest wars went. I mean, where else would you find that many passionate groups of people arguing against one another about their religious differences?

Apparently, outside the Ark Encounter theme park on opening day.

I already knew atheists would be there to protest the bad science and discriminatory hiring, but Creationist Eric Hovind now says he’ll be bringing along his own team to protest the protesters. 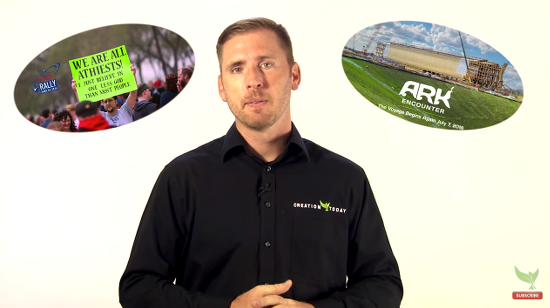 There’s only one rational way to respond here.

We need a few atheists to go to Ark Park specifically to protest Hovind.

I don’t know why… but it just feels right.

Clearly, we’re gonna settle this whole God thing once and for all on July 7.

June 18, 2016 Muslims Attack Istanbul Music Event, Upset That It Took Place During Ramadan
Browse Our Archives
What Are Your Thoughts?leave a comment