That Awkward Moment When Everyone Thinks Your Church Is Led By a Christian Hate-Pastor June 17, 2016 Hemant Mehta

Pastor Roger Jimenez is the leader of Verity Baptist Church in Sacramento, California who made news this week when he said in a sermon that he was sad that the Orlando nightclub shooter didn’t “finish the job.” He also argued that the government should execute gay people via firing squad.

He’s receive plenty of well-deserved negative attention for his comments. But how would you feel if you were the pastor of another church with the exact same name?

It turns out there’s a Verity Baptist Church in Colorado Springs, Colorado. They have nothing to do with Jimenez, but people have been association them with him. That’s why if you now visit their website — which has the same URL, except with a .org instead of a .com — this is the pop-up message you see: 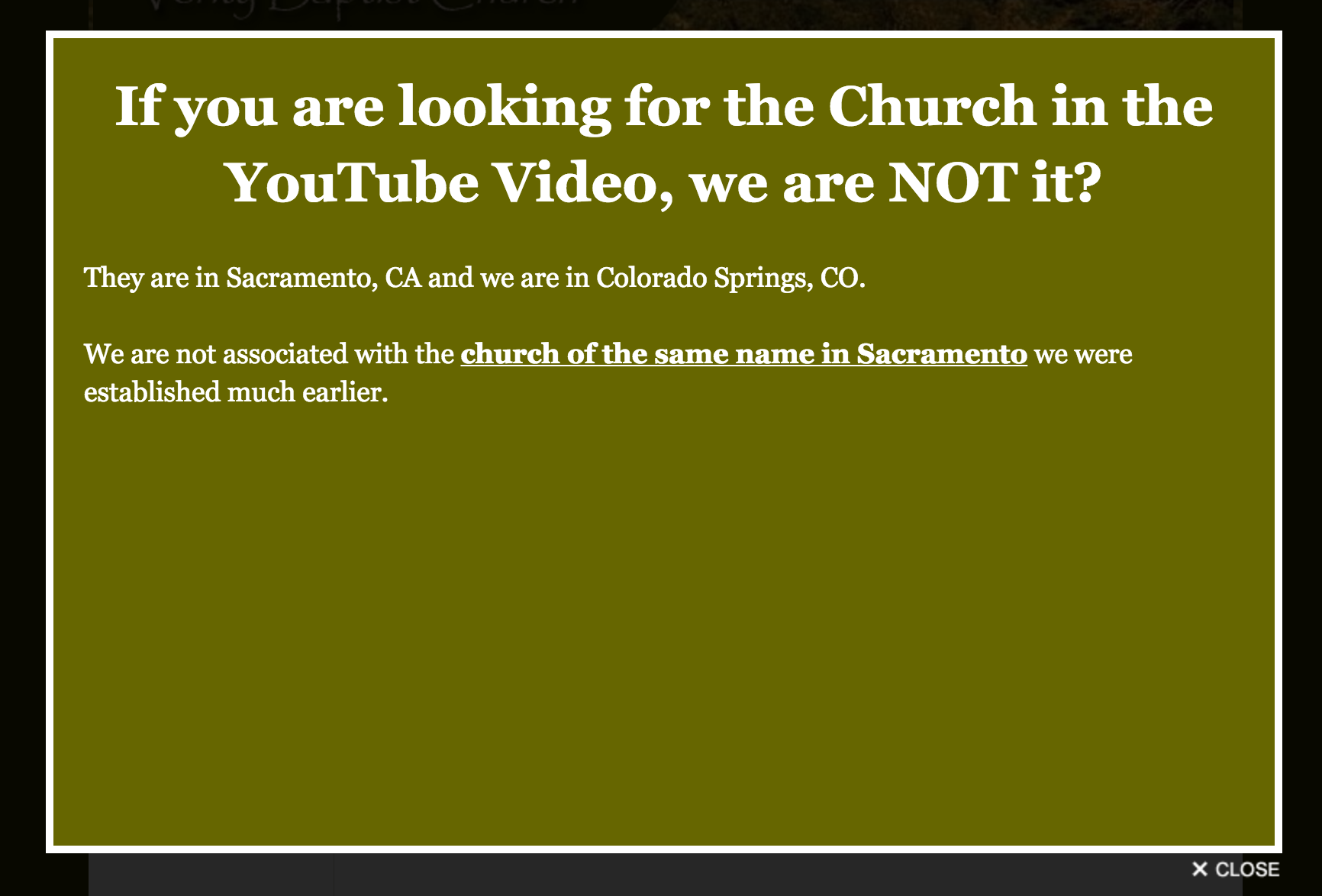 The grammar could use some work, but the statement is very clear: We’re not led by the guy spreading hate. Which makes you wonder what sort of emails and phone calls they’ve been getting this week…

I should point out that this church is also “an independent fundamental Baptist Church” that uses “only the King James Version” of the Bible. Just like the churches run by hate-pastors Jimenez and Steven Anderson. I guess the similarities end there.

June 17, 2016
For the First Time, a "Secular Caucus" Will Gather at the Texas Democratic Convention
Next Post

June 17, 2016 Atheist Group Calls for Removal of Texas City's "This Is God's Country" Highway Sign
Browse Our Archives
What Are Your Thoughts?leave a comment