For the First Time, a “Secular Caucus” Will Gather at the Texas Democratic Convention June 17, 2016 Hemant Mehta

For the First Time, a “Secular Caucus” Will Gather at the Texas Democratic Convention 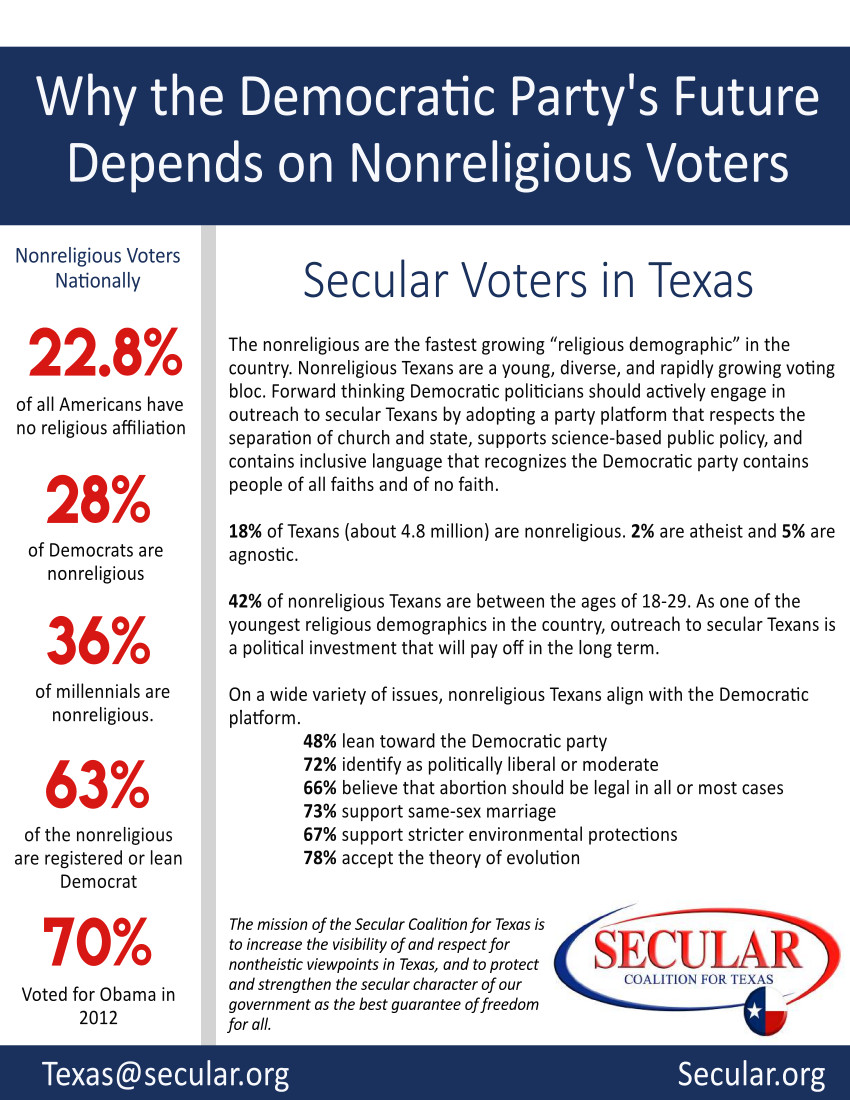 “The nonreligious are the largest religious demographic in the Democratic party outnumbering evangelicals, mainline Protestants, non­-Christian faiths, and Catholics,” said Larry T. Decker, Executive Director of the Secular Coalition for America. “Secular voters are poised to become the next great voting bloc in the United States. This is a demographic trend that politicians and lawmakers cannot ignore.”

It’s not just a passive gathering. The Secular Coalition for Texas will introduce three resolutions of their own that they hope the state party (and eventually the national party) will pass:

That second one is really interesting, if only because we have to fight for that at all. But it’s true. Article 1, Section 4 of the Texas Constitution says:

How’s that for a contradiction? We will have no religious tests for public office… as long as you believe in God.

Will the resolutions pass? That’s the wrong question to ask, because if that’s the only marker of success, smaller groups will rarely achieve victory. What’s important is to have a seat at the table and to make sure others recognize that we’re a voice worth paying attention to. And for the first time, atheists in Texas will have that.

June 17, 2016 That Awkward Moment When Everyone Thinks Your Church Is Led By a Christian Hate-Pastor
Browse Our Archives
What Are Your Thoughts?leave a comment