Over the past couple of years, The Satanic Temple has staged some of the more inventive responses to the pro-life movement. They filed a lawsuit on behalf of a Missouri woman who said it was her religious right to not abide by the state’s 72-hour waiting period for abortions. They countered a counter-demonstration to a pro-life protest that involved pouring several gallons of milk on two women. Another protest involved bondage fetish wear, baby masks, diapers, and group flagellation. 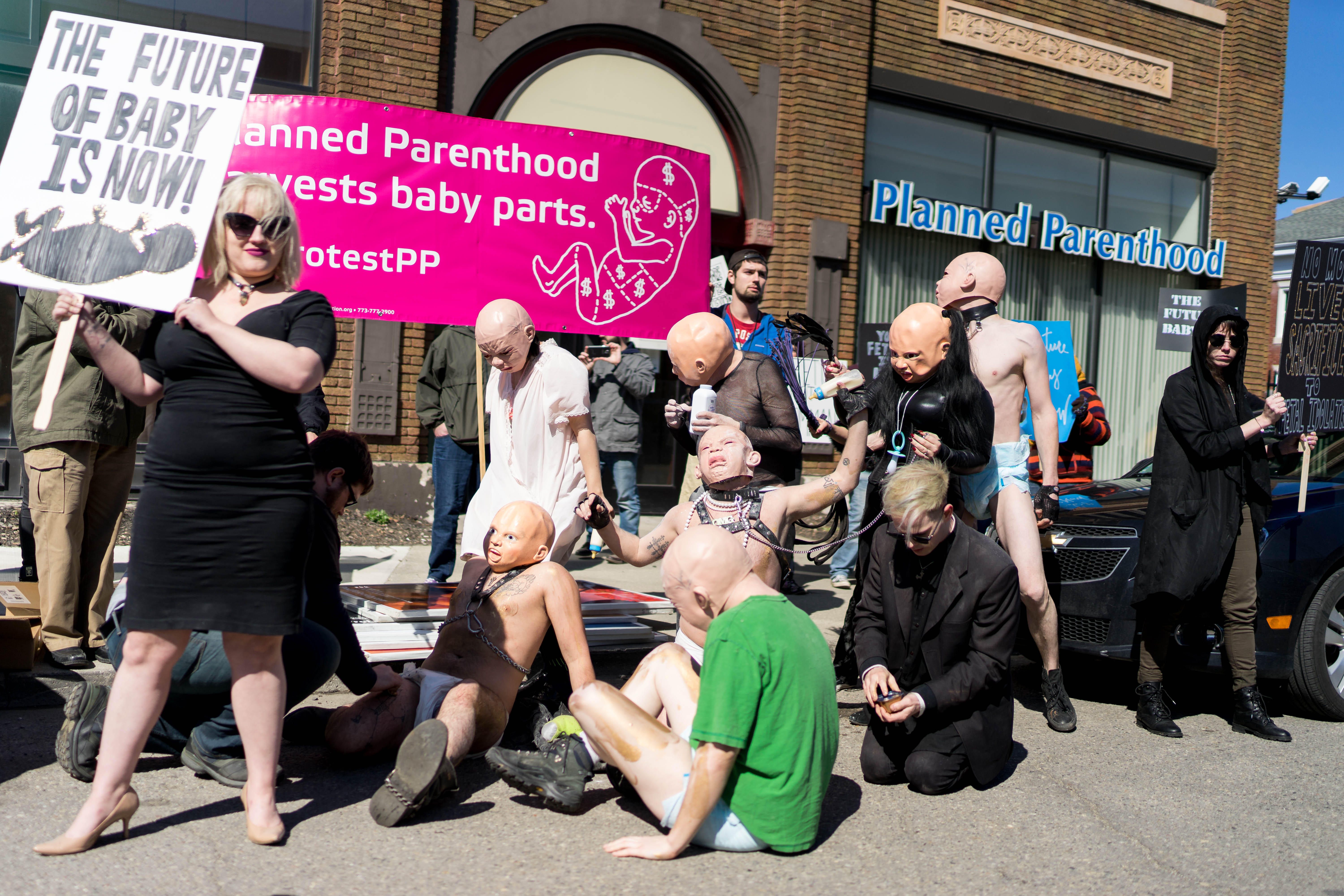 It’s a lot harder to claim your supernatural friend is against abortion when the Satanists can point to their own version of an imaginary friend who believes the opposite.