Scenes from a Protest of a Franklin Graham Rally June 16, 2016 Hemant Mehta

Scenes from a Protest of a Franklin Graham Rally

Evangelical leader Franklin Graham held a rally in Madison, Wisconsin yesterday to “urge Christians to vote” — by which he means voting against women, LGBT people, and church/state separation — and the Freedom From Religion Foundation was there to make sure there was a voice of opposition in the mix.

Chris Line, who works with FFRF, took some incredible pictures of the event and some of my favorites are below: 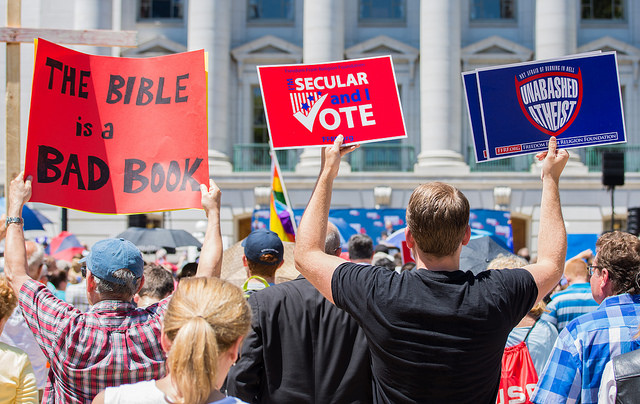 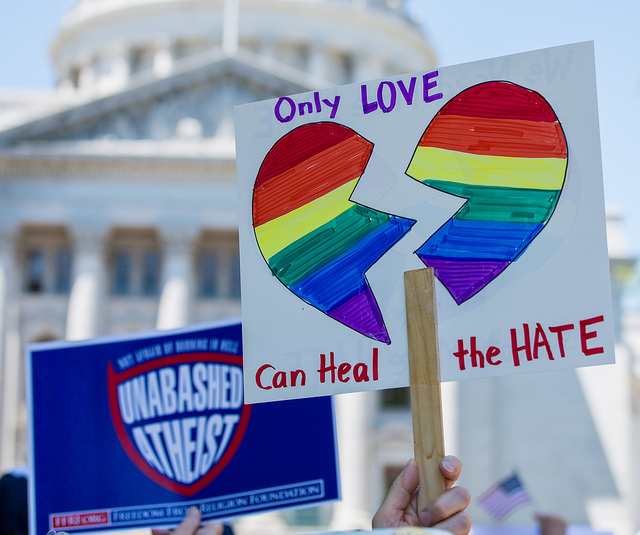 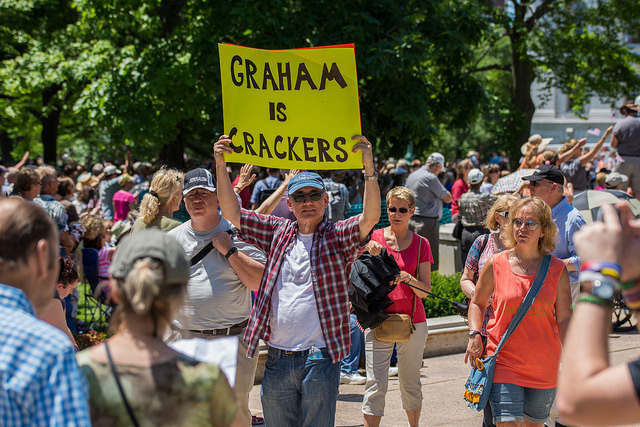 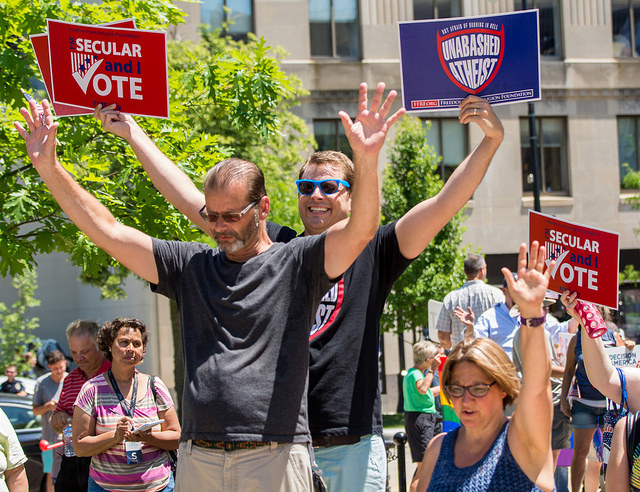 “Contrary to Franklin Graham’s hysterical claims, the LGBT community is not a threat to the United States — but his campaign to legislate religion-fostered discrimination is,” says FFRF Co-President Annie Laurie Gaylor.

You can see the full set of images here.

June 15, 2016
A Brilliant Song About Politicians Who Only Send "Thoughts and Prayers" After Tragedies
Next Post