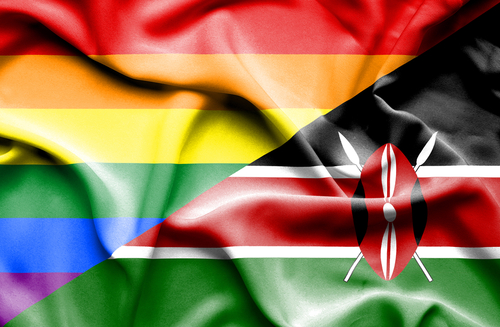 “I find no violation of human dignity, right to privacy and right to freedom of the petitioners,” [Mombasa High Court Judge Mathew Emukule] said.

The two were arrested in a bar near Ukunda along Kenya’s Indian Ocean coast in February 2015 on suspicion of engaging in gay sex, which is a criminal offense in Kenya. They still face the charges and, if convicted, could face 14 years in jail.

The court judgment means that someone can be arrested on a rumor that they are gay and subjected to these tests, [Eric Gitari, the executive director of the Kenyan National Gay and Lesbian Human Rights Commission] said.

The two men will appeal the ruling.

In case you’re wondering how Kenya became this homophobic, we can thank the same Christian missionaries who exported anti-gay hatred to places like Uganda and Nigeria. You can get away with damn near anything in a country overrun with irrational thinking when a Bible verse backs you up.

June 16, 2016
Christian Pastor Doubles Down on Saying the Government Should Use Firing Squads to Kill Gay People
Next Post

June 16, 2016 Goodbye, Rep. Randy Forbes: The Religious Right Republican Lost His Primary This Week
Browse Our Archives
What Are Your Thoughts?leave a comment