Ken Ham: If Atheists Tell Kids Not To Play Near the Highway, They Must Not Care About Freethought June 16, 2016 Hemant Mehta

Ken Ham: If Atheists Tell Kids Not To Play Near the Highway, They Must Not Care About Freethought

I spent *way° too much time trying to make sense of this Ken Ham tweet. Because even Creationists wouldn’t stoop so low to attack atheists, right…? 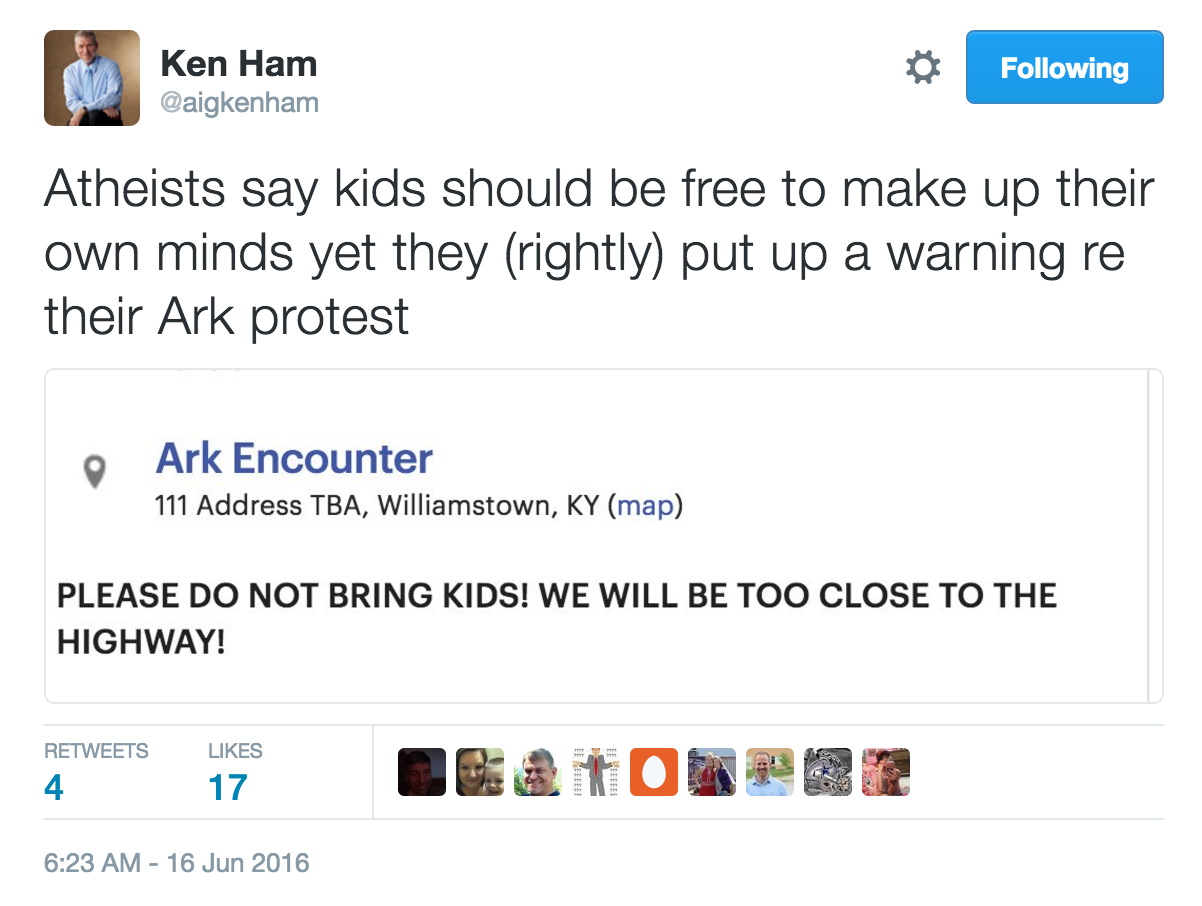 I was wrong. He would absolutely stoop that low.

An atheist-led protest of the Noah’s Ark theme park is scheduled to take place along the highway ramp leading to the attraction. Because of the location, organizers are saying children should not attend; it’s for their own safety.

Yet Ham insists that makes us hypocrites when it comes to raising “freethinkers.”

Because if we really wanted kids to think for themselves, we would let them run in front of cars on the highway.

I’m sure we could have a lengthy debate about what’s more dangerous: Kids protesting along a highway exit or taking them to Ark Encounter. But looking out for their physical safety doesn’t make us bad atheists.

The funny thing is that Ham even acknowledges with his parenthetical that this is the right move… but he’s just like Donald Trump. He can’t help but insult his ideological opponents even when there’s nothing to criticize.

June 16, 2016 Christian Pastor Doubles Down on Saying the Government Should Use Firing Squads to Kill Gay People
Browse Our Archives
What Are Your Thoughts?leave a comment