In This Lovely Short Film, a 90-Year-Old Atheist Eats Bacon for the First Time

In a delightful 9-minute film by Sol Friedman, we meet a 90-year-old woman named Razie who happens to be an atheist. She was raised Jewish, but when she began exploring the internet later in life, she “quickly became fascinated by The Google” and stumbled upon Christopher Hitchens. Her faith didn’t have a chance after that.

But one of the relics of her religious upbringing is that she’s never eaten bacon in her life. Bacon & God’s Wrath follows Razie as she prepares to take her first bite. 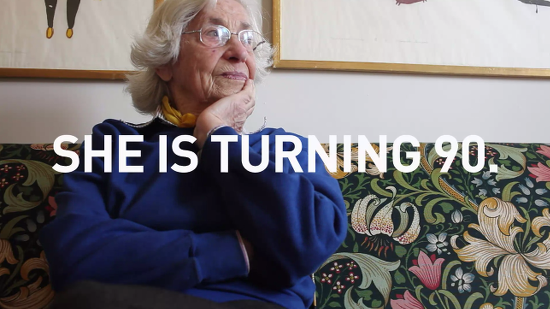 Watch this on The Scene.

Think about that concept for a moment because it’s such a big deal for the people going through it. If you’re an ex-Mormon sipping coffee for the first time, or an ex-Hindu putting your mouth around your first cheeseburger, or an ex-fundamentalist Christian finally reading the Harry Potter series, what a mind-blowing experience that must be.

And then imagine doing that when you’re 90, having refrained for so long because you figured God would be upset with you.

It’s a great story, and I’m sure many of you could put yourself in her shoes even if the details are slightly different. If you’ve had your own “Razie moment,” tell us about it in the comments.

(via the New Yorker. Thanks to Brian for the link)

June 15, 2016
Enough With Your Thoughts and Prayers Already
Next Post