Christian Extremist Theodore Shoebat: The State Should “Kill the Sodomites” with a Firing Squad

We have one more extremist Christian to add to the growing list of people who wish the government would execute gay people — because that’s what they believe the Bible demands.

It was just last month when Theodore Shoebat told us that women who have abortions deserve the death penalty by way of a firing squad.

In a video posted online this week, he spoke about how gay people deserve the same punishment: 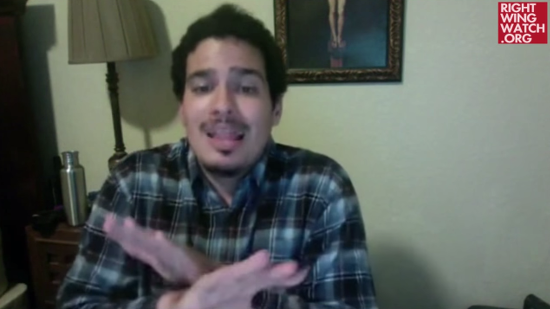 “What this guy did was vigilantism,” Shoebat stated, which he doesn’t support because it’s “the state’s job to kill the sodomites.”

The issue for him isn’t that 49 innocent people were shot dead. It’s that they were shot dead before our government could fill out the proper paperwork.

It goes without saying that most Christians denounce these comments by Shoebat, Steven Anderson, and Roger Jimenez. What they won’t do, however, is admit that the Bible plays any role in their extremism.

Until they can admit their “Good Book” includes some disturbing passages that must be rejected instead of rationalized, this fringe group will only grow larger.

June 15, 2016
In This Lovely Short Film, a 90-Year-Old Atheist Eats Bacon for the First Time
Next Post