After Jailing a Dutch Rape Victim For Three Months, Qatar Sentences Her To a Fine and Expulsion June 14, 2016 Terry Firma

After Jailing a Dutch Rape Victim For Three Months, Qatar Sentences Her To a Fine and Expulsion

In late 2010, the international soccer federation FIFA announced that the 2022 soccer World Cup tournament would be hosted by Qatar (against all reason, and amid swirling corruption allegations). The only good I thought would come out of that was that the tiny Salafist-Islamic state would perhaps be forced to rethink or soften some of its worst religion-driven, sexist customs. 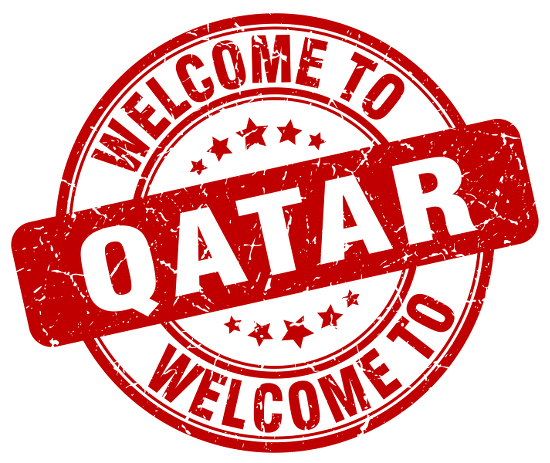 That doesn’t appear to be happening yet, if the case of an unnamed Dutch rape victim is any guide.

A court in Qatar has convicted a Dutch woman of having sex outside marriage after she told police she was raped. The 22-year-old was handed a suspended sentence and fined $824. She will also be deported. Her lawyer said her drink had been spiked at a Doha hotel in March and she had woken up in a stranger’s flat, where she realized she had been raped.

Her alleged attacker, who said the sex was consensual, was sentenced to 100 lashes for having sex outside marriage. He will be given a further 40 lashes for consuming alcohol.

The woman has been detained since making the allegation three months ago, but her case only came to light over the weekend when her family decided to go public.

The Dutch ambassador to Qatar … said after Monday’s court hearing that the woman [is expected] to leave Qatar within days,

… after she spent almost exactly three months in jail.

During a holiday in the emirate, [the victim] went out with a friend for drinks at a hotel where the sale of alcohol was permitted, according to her lawyer Brian Lokollo. “She went dancing but when she returned to the table after the first sip of her drink, she realized someone had added something to her glass,” he said. The woman did not feel very well and she later woke alone in an unfamiliar flat and “realized to her great horror that she had been raped”, Mr Lokollo added.

Doha-based lawyer Najeeb al-Nuaimi, Qatar’s former justice minister, told the Qatar-based broadcaster Al Jazeera the woman’s lawyers would have had to prove there had been “no voluntary actions” between her and the man for him to be charged with rape.

According to media reports, dozens of people convicted of zina [extra-marital sex] have been given flogging sentences since 2004, including at least 45 between 2009 and 2011.

Three years ago, a Norwegian woman working in Dubai, Marte Deborah Dalelv, said she was raped by her boss after they’d both had too much to drink. A court sentenced her to 16 months in prison for perjury, sex outside of marriage, and the consumption of alcohol. Her rapist got 13 months. Subsequent to filing an appeal, Dalelv was released after serving just days of her prison term, and allowed to board a plane to Norway.

The rape of the Dutch woman was a test case of sorts — one that Qatar can be said to have failed. The oil-rich Gulf state, with a population smaller than that of Chicago, says it will host one million foreign visitors during the 2022 World Cup. How it will treat non-Muslim revelers, especially women, should be a cause of mounting concern.

(Image via Shutterstock. Thanks to Bert for the link)

June 14, 2016 What Do Non-Christians Think of Christians? One Man Did the Research and Found Some Strange Answers
Browse Our Archives
What Are Your Thoughts?leave a comment