Soldier Who Did Two Tours of Iraq Is Arrested For Threatening and Bacon-Baiting U.S. Muslims June 13, 2016 Terry Firma

Soldier Who Did Two Tours of Iraq Is Arrested For Threatening and Bacon-Baiting U.S. Muslims

A major in the U.S. Army Reserves was arrested for allegedly threatening to kill members of a Raeford, North Carolina mosque. Major Russell Thomas Langford is also suspected of having dumped open packages of bacon at the mosque’s entrance.

According to authorities, a Chevrolet Tahoe was parked outside Masjid Al Madina mosque located at 196 Pittman Grove Church Road. The man inside has been identified as U.S. Army Reserve Maj. Russell Thomas Langford. Langford is accused of following members of the mosque when they got into a car and left the property.

Later in the evening, Langford made death threats against members of Masjid Al Madina. Authorities were called and deputies responded to the scene. An investigation was started and several firearms, ammunition, and a number of additional weapons were [discovered] inside the Tahoe. 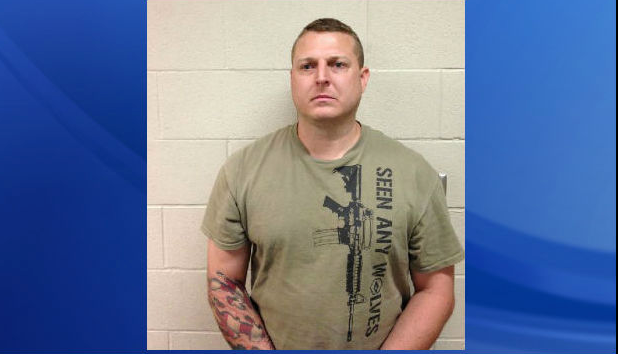 Capt. Eric Connor with the U.S. Army Reserves Command at Fort Bragg said Langford first enlisted in the Army in 2003 and served two tours of Iraq, one in 2004 and another in 2008. Langford has been awarded the Bronze Star, Army Commendation Medal, Army Good Conduct Medal, as well as other theater service medals.

He has been hit with a slew of charges: ethnic intimidation, assault with a deadly weapon, going armed to terrorize the public, communicating threats, stalking, and disorderly conduct.

We don’t know yet whether Langford is a person of faith himself, and/or whether he was motivated by religious animus.

June 13, 2016
Egyptian Fatwa Says That Violating the Fast During Ramadan is an Assault on Islam
Next Post