After his arrest last month on charges of drug possession, Taylor Bast was told by his parole officer that he had to take part in a substance abuse program or he could end up in jail.

The only problem was that the three programs offered to him were all religious, and Bast is a non-theistic Buddhist. He rightly says the state is coercing him to participate in a faith-based program or he’ll be punished, even though secular substance abuse programs are readily available. He also has to “provide formal documentation proving his Buddhist and philosophical convictions” — something you can bet no Christian ever has to do. 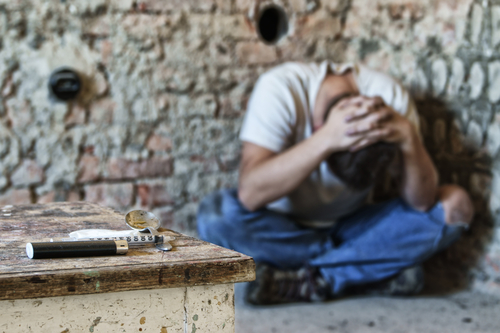 The American Humanist Association’s Appignani Humanist Legal Center is now stepping in and demanding that the state make secular treatment options available for everyone, including Bast:

“There is no need for the state of California to only offer religious treatment programs when secular alternatives are available. Numerous secular programs, such as SMART Recovery, use science and sound research, not faith, to effectively treat substance abuse issues,” said Roy Speckhardt, executive director of the American Humanist Association. “Instead of treating substance abuse, the state of California is pushing a religious agenda that disregards the needs of nonreligious and nontheistic individuals.”

“The state is unconstitutionally coercing an individual to attend a religious program, as well as endorsing religion and discriminating against nontheists,” said Monica Miller, senior counsel at the Appignani Humanist Legal Center. “By failing to provide a secular alternative to these religious programs, the state of California is violating the Establishment Clause of the First Amendment and the Equal Protection Clause of the Fourteenth Amendment.”

This shouldn’t even be controversial. Treatment programs modeled after Alcoholics Anonymous are notorious for telling people they have to give themselves to God to have any hope of recovery. But there’s no reason — scientific or otherwise — that people should replace one addiction with another.

Bast isn’t asking for special treatment. He’s merely asking to enter a recovery program that relies on evidence instead of faith to help him out. California officials shouldn’t think twice about this; they just have to expand the options for treatment programs and this particular problem disappears.

June 13, 2016
Soldier Who Did Two Tours of Iraq Is Arrested For Threatening and Bacon-Baiting U.S. Muslims
Next Post