The Boston Globe editorial staff states the obvious, but we can’t repeat it enough: In the aftermath of a mass shooting, we need more action and less prayer. 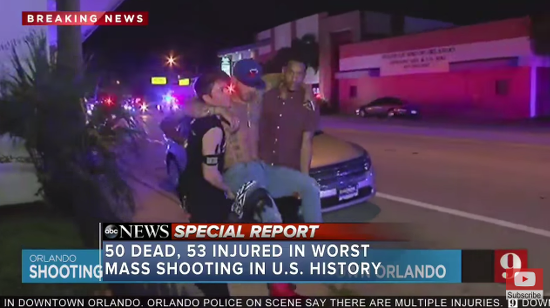 … As more and more Americans suffer the impact of gun violence, the pathetic response of politicians — “thoughts and prayers,” anyone? — cannot endure forever.

Fighting the terrorist group is a good idea in its own right, just as providing better mental health services — another common promise politicians make to evade questions about guns — would make sense anyway. But neither will cure America of the gun violence that reaches into churches, movie theaters, schools, offices, and now nightclubs. There is no shortcut: If we want fewer gun victims, we need fewer guns.

Too many conservative politicians will continue tweeting out their thoughts and prayers, treating LGBT people as second-class citizens, and pretending any sensible gun safety measures are just Obama’s way of taking everyone’s rights away. They’re liars who won’t do anything meaningful to prevent further massacres because inaction means the NRA and gun enthusiasts will keep sending money their way.