In a series of tweets today, Westboro Baptist Church, the extremist Christian cult that is pretty much the definition of a faith-based hate group, claimed that the victims of the Orlando nightclub massacre brought their murders upon themselves because they were gay. 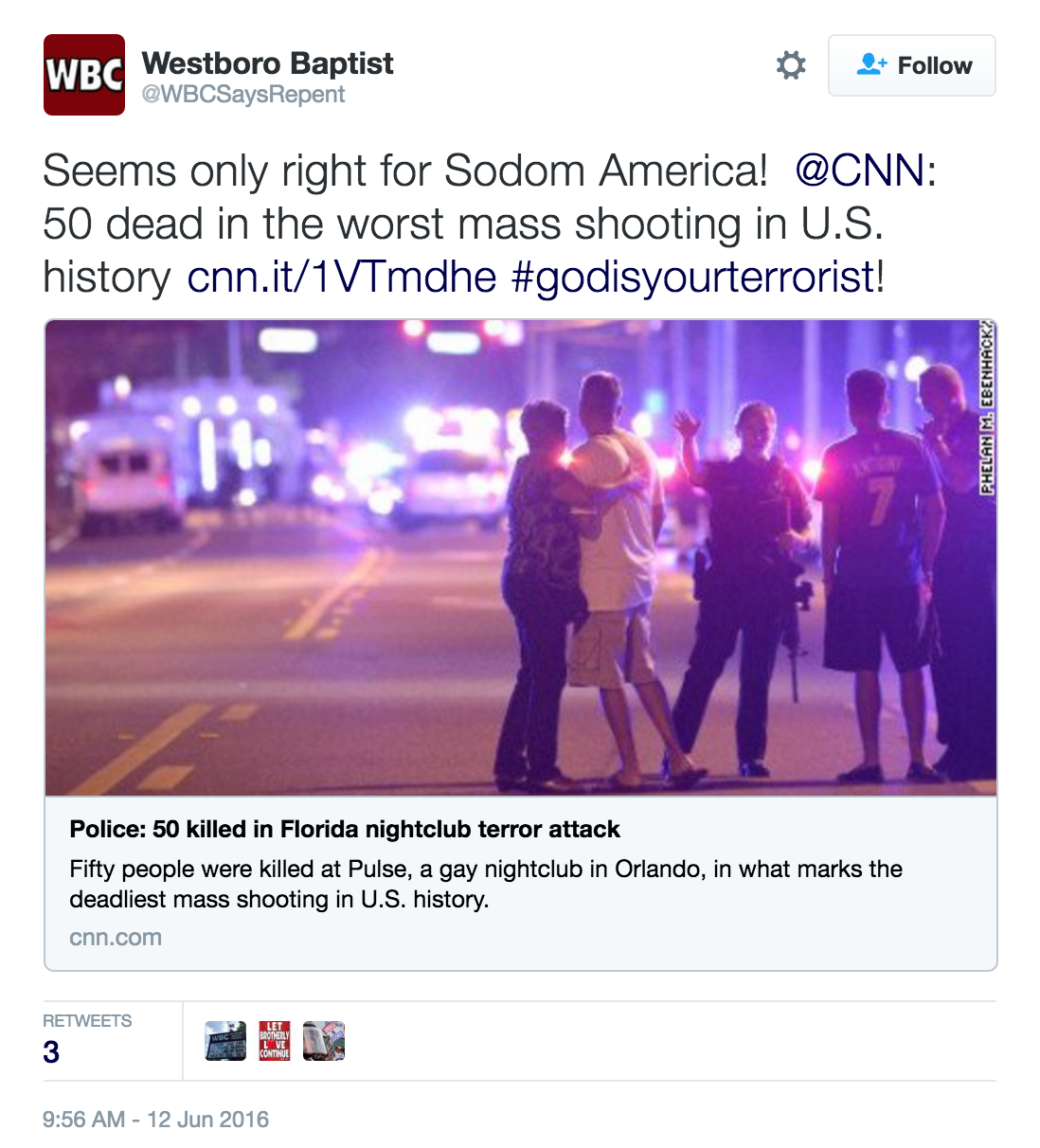 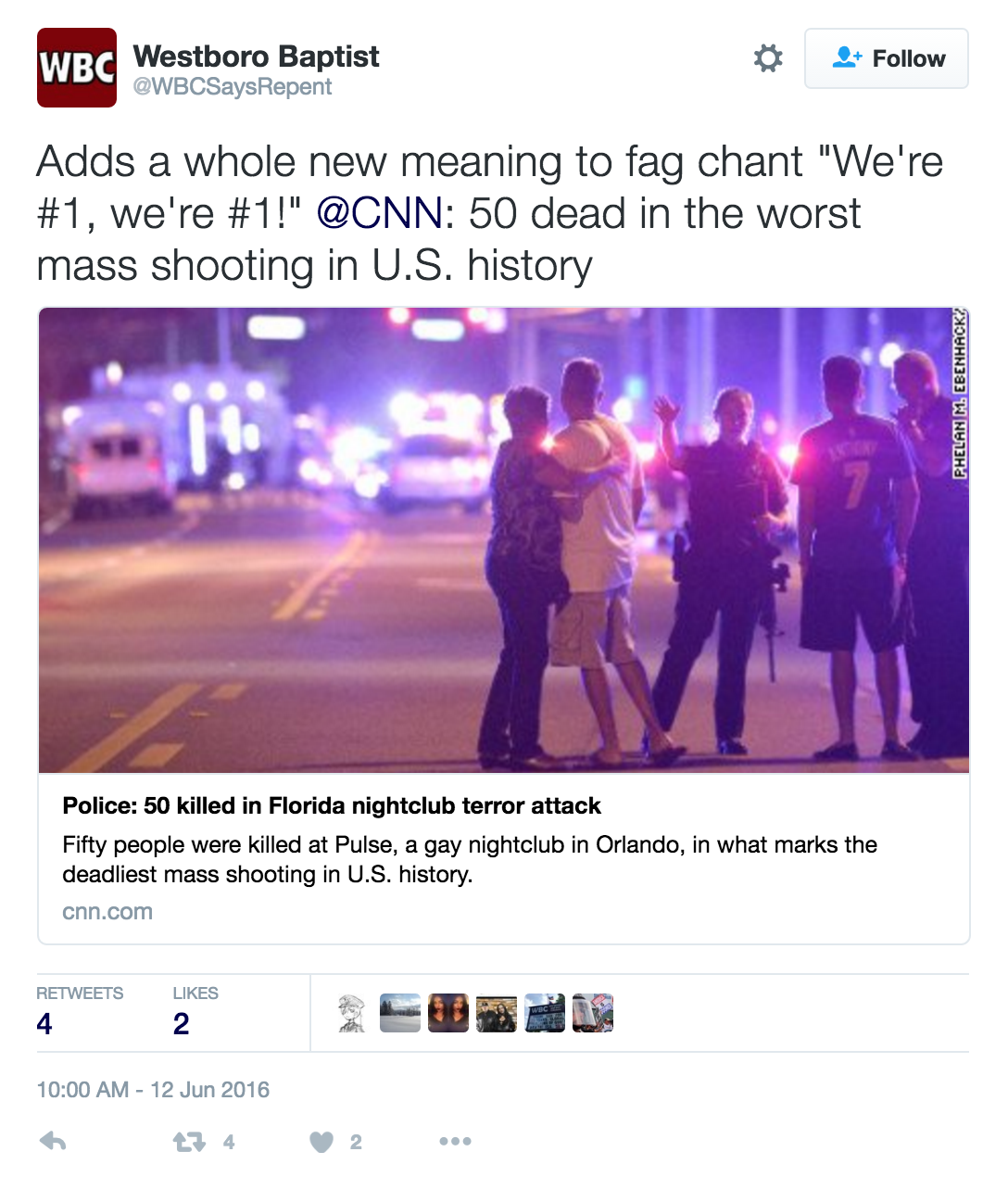 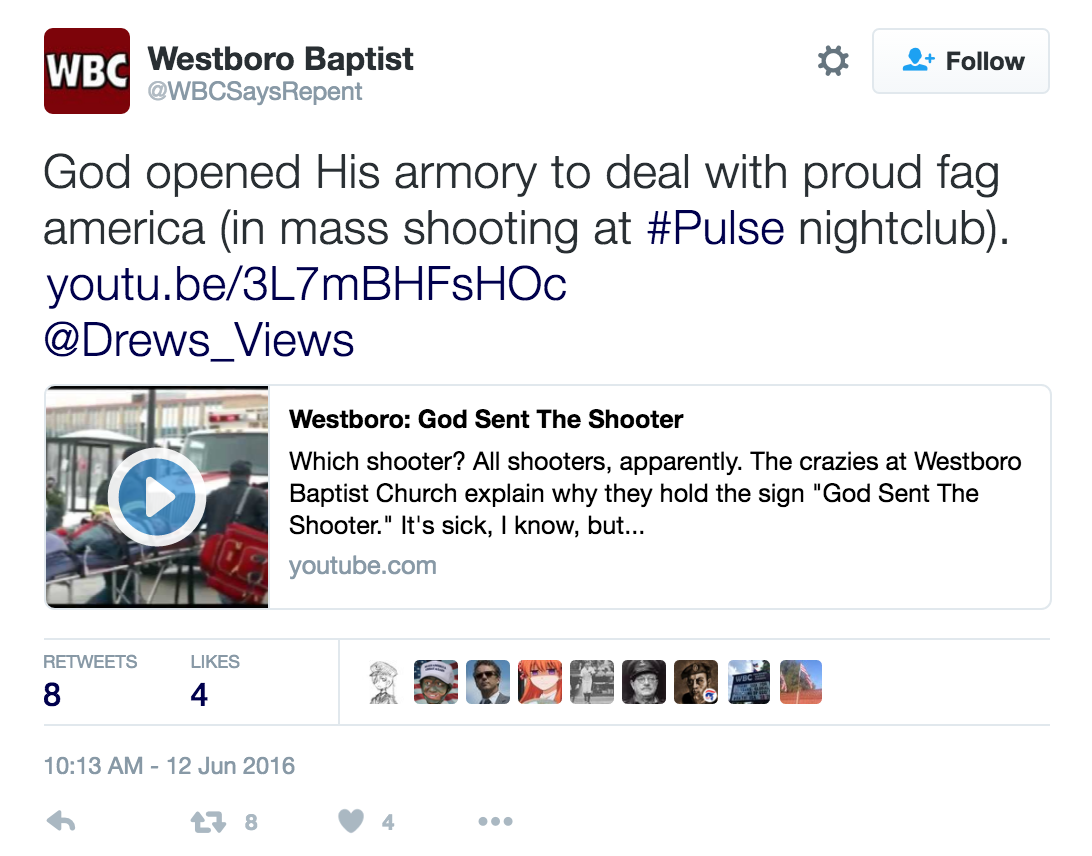 No word yet on whether church members will picket the funerals of the victims, but it seems likely given their track record.

I should point out that, despite the tweets above, the church doesn’t approve of people killing gay people… at least not themselves. They believe God hates gay people and will torture them in the afterlife — and they will absolutely let everyone know it — but they wouldn’t pull the trigger themselves.

What about Omar Mateen, the shooter in this case? He was “sent” by God. But he’s in Hell, too, they say. Because they’re God’s messengers and that’s how it works. 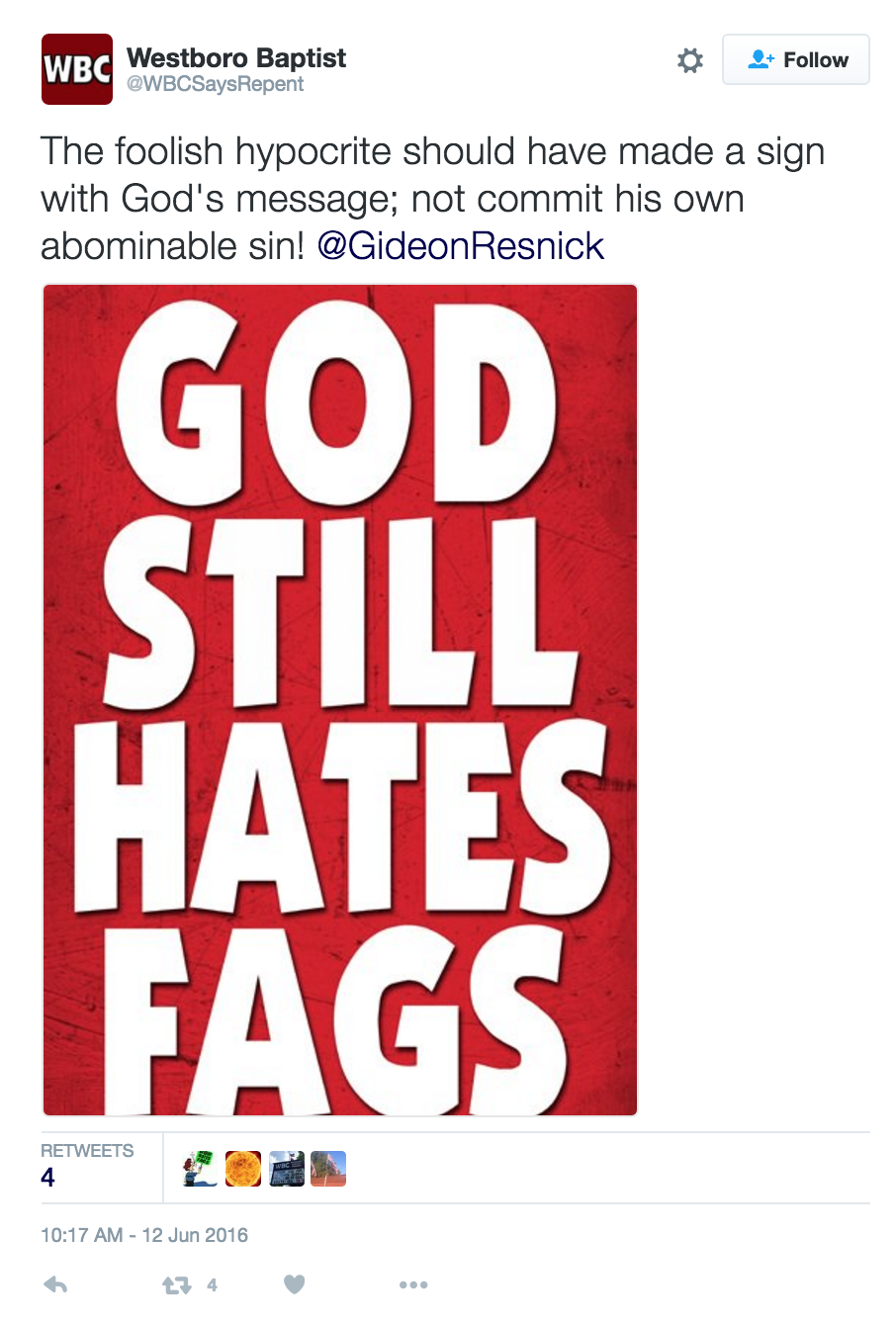 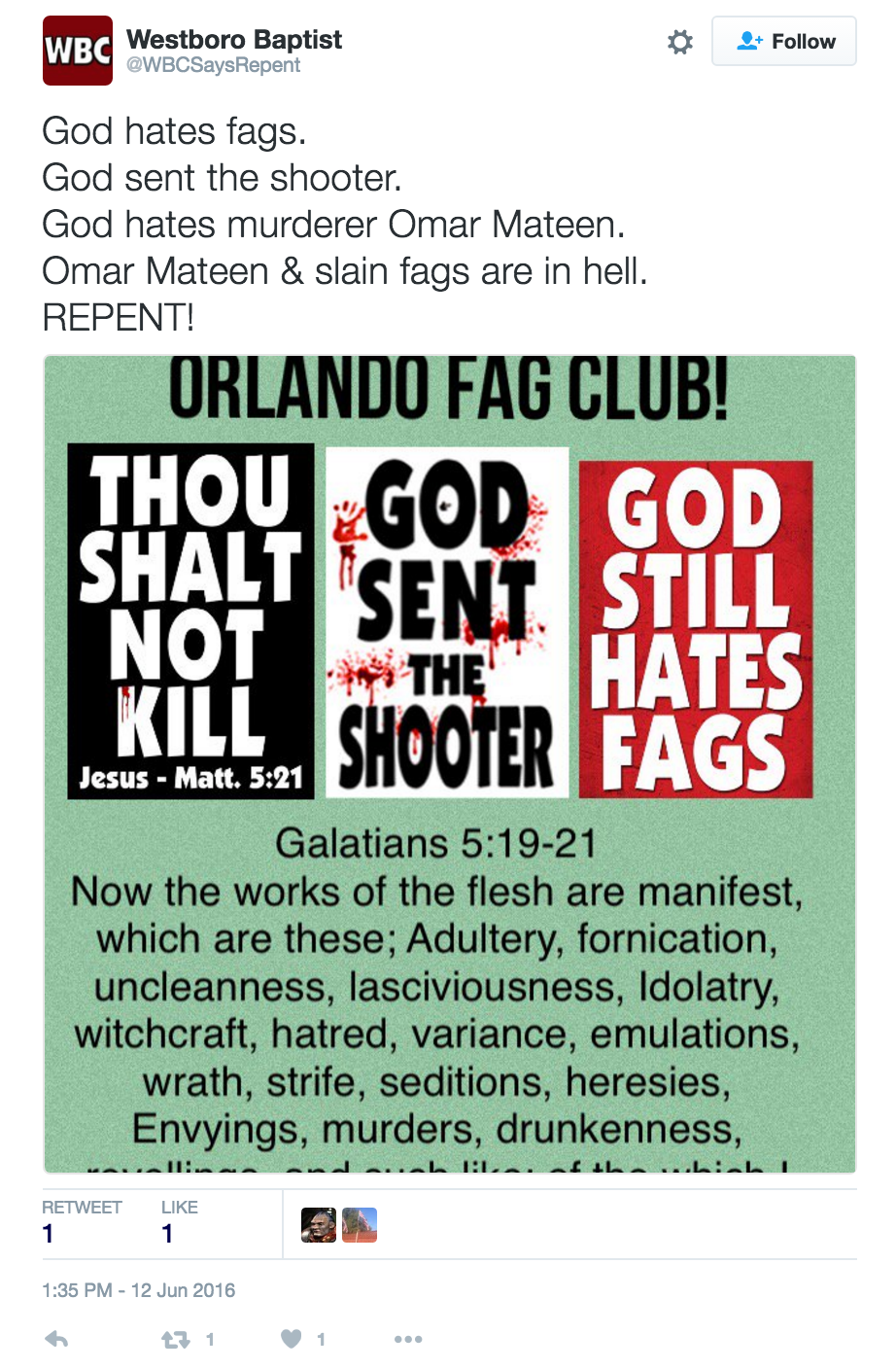