Is It Harder Being a Gay Person in Church or a Christian at the Pride Parade? June 12, 2016 Hemant Mehta

Is It Harder Being a Gay Person in Church or a Christian at the Pride Parade?

This anonymous writer has a hunch, and I would agree with the conclusion. 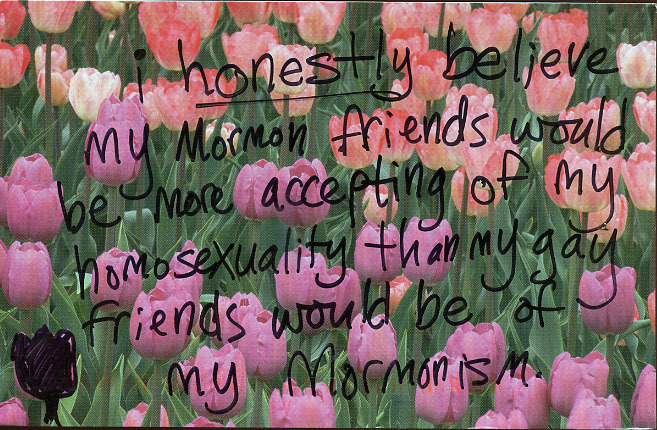 The question alone doesn’t apply to most readers, but religious people are becoming more accepting of people who are gay and lesbian, so it wouldn’t surprise me if they came out on top here. (Whether that acceptance still applies to people who act on their homosexuality is another issue.) Given how much damage conservative religions have done to the LGBT community, there’s good reason for people to treat religious gay people with some suspicion.

But I’m saying all this from a distance since I don’t belong in either camp. I’m curious if those of you who are gay or religious might answer this any differently.

June 11, 2016
Bangladeshi Police Arrest More Than 3,000 People To Prevent Further Attacks on Atheists and Others
Next Post

June 12, 2016 Bill Maher's Hilarious Reason Rally Speech is Finally Online
Browse Our Archives
What Are Your Thoughts?leave a comment