Here’s What You Can Do to Help After the Orlando Massacre (Since Prayers Alone Won’t Do Anything) June 12, 2016 Hemant Mehta

Following last night’s shooting at a gay nightclub in Orlando, an act of domestic terrorism that left 50 people dead and even more wounded, many are wondering how they can help. We know thoughts and prayers, well-intentioned as they may be, won’t do anything, but here’s a brief list of things that could actually make a difference: 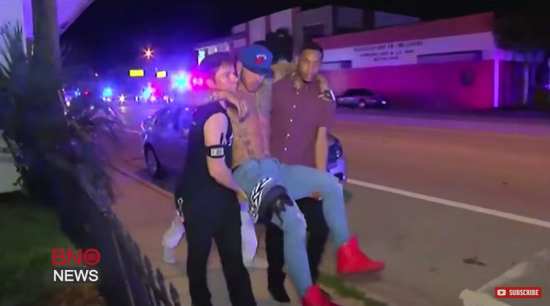 OneBlood in Florida says they’re especially in need of O Negative, O Positive and AB Plasma donors. You can find a location here.

You can also donate through you local Red Cross.

While men who have had sex with men are still generally banned from donating blood, some locations may be lifting the ban temporarily. It’s not clear if that’s true. Check with your local clinic to find out if you’re able to donate.

I’m hearing that some Orlando blood banks are filled to capacity, but you can always return in the coming days.

It’s been said already, but if the Sandy Hook shootings weren’t enough to make Republicans budge on gun safety measures, dozens of dead gay people probably won’t grow their hearts and minds either. Still, it’s more important than ever before to enact sensible gun safety measures.

Even if they wouldn’t apply in this particular situation, they may prevent future acts of mass violence. We need better background checks, bans on sales to mentally ill individuals or criminals, bans on certain types of automatic weapons, a way to better track these weapons as they go from person to person, etc. There’s no limit to what we could do, but a tremendous lack of courage by elected officials to do anything.

3) Do anything you can to promote LGBT equality.

If the reports are correct that the shooter acted after seeing two gay men kissing each other, it’s a reminder of how much bigotry still exists against LGBT people. Seeing a straight couple kiss in the U.S. would likely never lead to a massacre.

It’s hard to imagine anyone who would condone the shooter’s actions, even conservative Christian bigots, but it’s easy to imagine that the same crowd will continue to treat LGBT people as second-class citizens, working to deny them the same rights and privileges as everyone else.

Don’t let them get away with it. It’s that kind of bigotry, that sort of mindset, that leads to acts of violence against those individuals.

4) Make a donation to help victims and their families.

Equality Florida has set up a GoFundMe page to collect money that will presumably go toward helping victims pay hospital bills and things of that nature.