The death toll from last night’s gay nightclub massacre in Orlando is currently at 50, and religious bigots are starting to come out of the woodwork.

Bryan Fischer, whose radio show is affiliated with the conservative American Family Association, couldn’t even tweet his condolences without slamming gay people in the process. 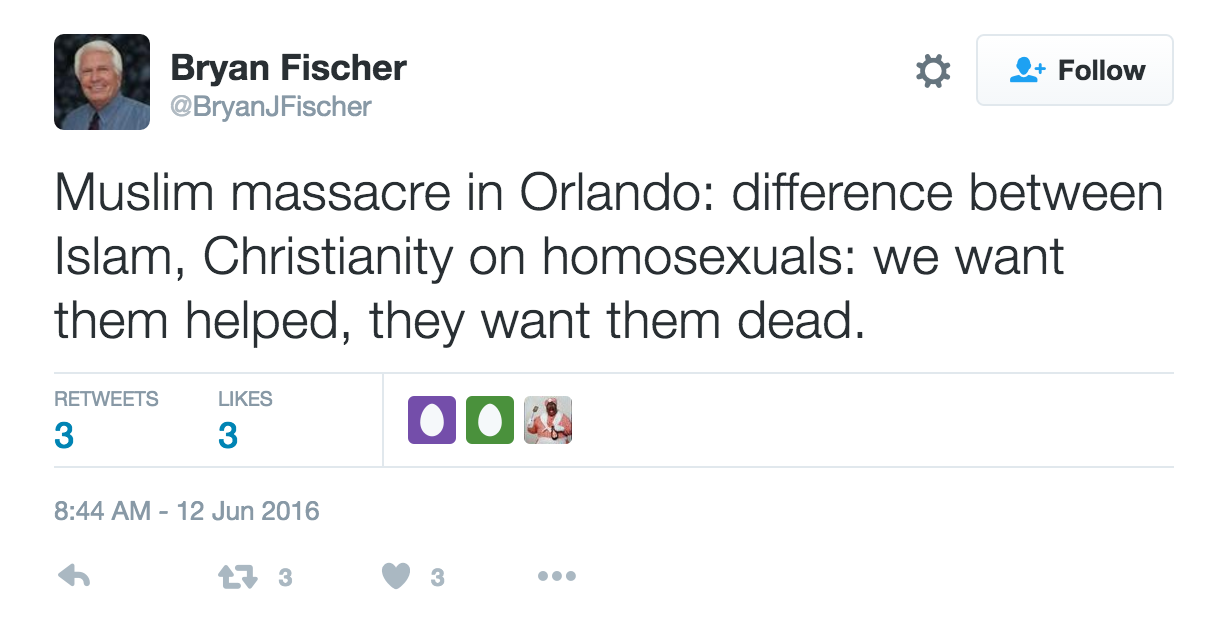 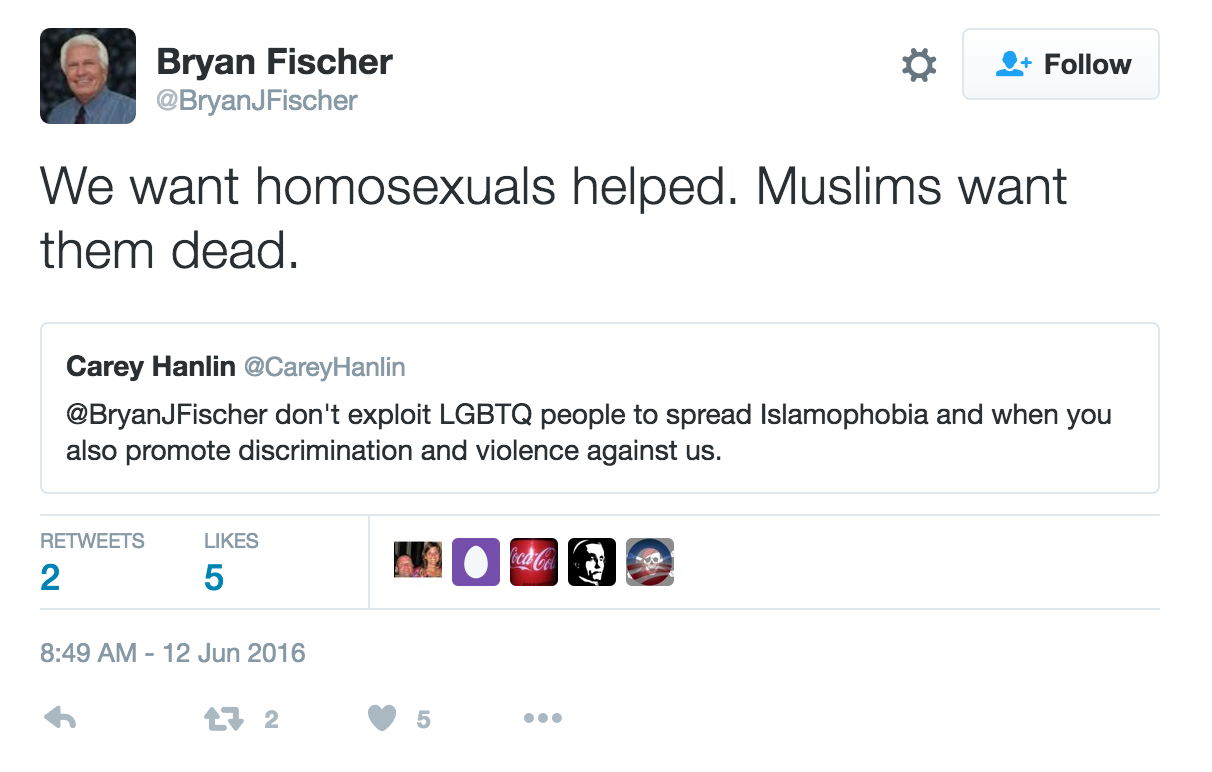 “We want them helped” is, of course, Christian code for “We want to turn them straight.” Fischer, like many conservative Jesus-followers, sees homosexuality as a disease that needs a cure. It’s the same bigoted mindset that may have led people like alleged shooter Omar Mateen to target gay individuals.

June 12, 2016
How They See Us (Special Outpouring of Hate Edition)
Next Post

June 12, 2016 Texas Lt. Governor Dan Patrick: "God Cannot Be Mocked; A Man Reaps What He Sows"
Browse Our Archives
What Are Your Thoughts?leave a comment