Ayaan Hirsi Ali: “It Is Time to Take On Muslim Homophobia”

Former Muslim and current atheist Ayaan Hirsi Ali noted in a tweet this afternoon that Islamic homophobia is a particularly viral strain of the religion virus. She was responding to last night’s massacre at a gay nightclub in Florida where 50 people died and many more are wounded (at least as of this writing). 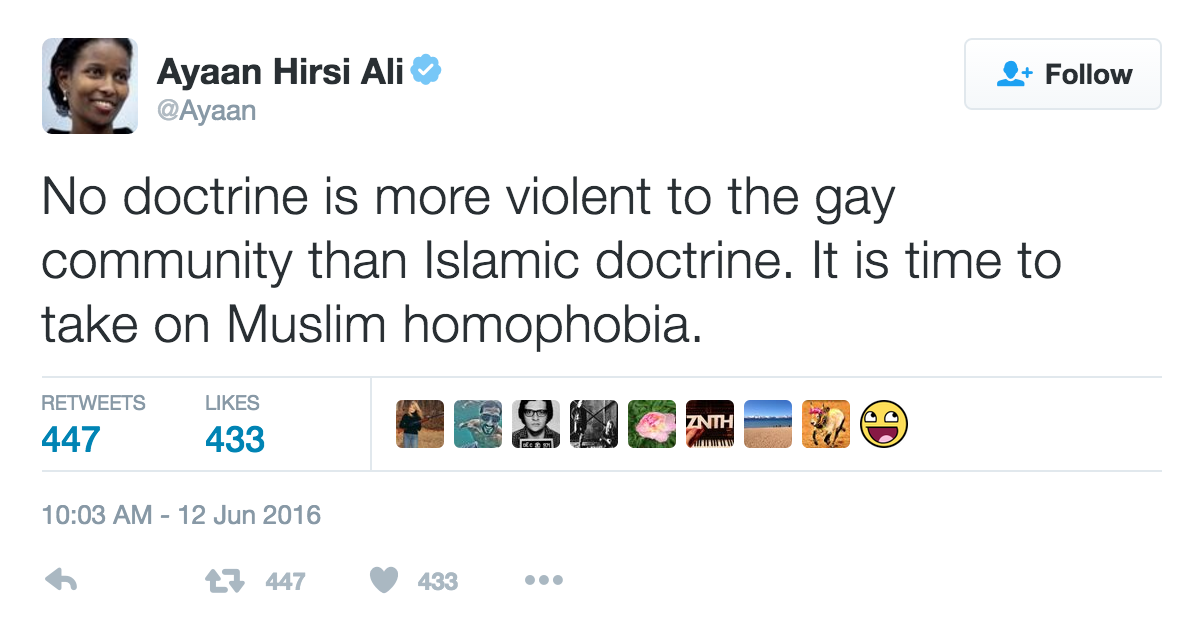 She has a point. Even though the Bible contains verses calling for the death of gay people, anti-LGBT bigotry in this country usually amounts to people like Kim Davis doing everything they can to prevent gay people from exercising their rights.

The Qur’an, Hadith, and Sira, on the other hand, hold little back when it comes to saying gay people should be put to death. We know that some Islamic countries have even thrown suspected gay people off the tops of buildings in public executions.

Do all Muslims accept those verses? Of course not. Just like most Christians will rationalize away the anti-gay Bible verses. But when this stuff appears in holy books, it’s much harder to convince devout religious fanatics that they should take a more moderate approach to the matter.

The question is: How do we take on “Muslim homophobia”? How do we educate people to ignore or minimize the worst passages in their sacred texts?

June 12, 2016
Here's What You Can Do to Help After the Orlando Massacre (Since Prayers Alone Won't Do Anything)
Next Post