What Does It Mean To Think Like a Scientist? June 11, 2016 Hemant Mehta

What Does It Mean To Think Like a Scientist?

Why are anti-vaxxers gaining traction? Why would anyone deny the human impact on climate change? Why are people freaked out by genetically modified crops? Why the hell do people believe in miracles?

We could put an umbrella over all of those concerns and just call it science denialism. Too many people don’t understand how science works and they don’t trust the people who do. For every credible scientist who points out an uncomfortable truth backed by the evidence, there’s a con artist who stands to gain by countering that claim.

All of this was the subject of a commencement address delivered yesterday by Dr. Atul Gawande at Caltech: 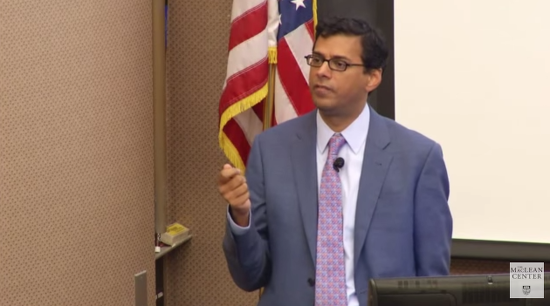 Today, you become part of the scientific community, arguably the most powerful collective enterprise in human history. In doing so, you also inherit a role in explaining it and helping it reclaim territory of trust at a time when that territory has been shrinking. In my clinic and my work in public health, I regularly encounter people who are deeply skeptical of even the most basic knowledge established by what journalists label “mainstream” science (as if the other thing is anything like science) — whether it’s facts about physiology, nutrition, disease, medicines, you name it. The doubting is usually among my most, not least, educated patients. Education may expose people to science, but it has a countervailing effect as well, leading people to be more individualistic and ideological.

The mistake, then, is to believe that the educational credentials you get today give you any special authority on truth. What you have gained is far more important: an understanding of what real truth-seeking looks like.

The whole speech is well worth a read. Because if you care about evidence and truth, you have to know how to get through to people who are likely to be swayed in the opposite direction by someone with a flashy smile or a priest’s clothing. Knowing how to think like a scientist is a good start, but knowing how to get others to think like scientists is far more important.

June 11, 2016
Sky News' Alastair Bruce Claims in Recent Broadcast That There Are No Atheists in Foxholes
Next Post