Donald Trump: We Live in a Judeo-Christian Nation Because “That’s the Way It Is” June 11, 2016 Hemant Mehta

Donald Trump: We Live in a Judeo-Christian Nation Because “That’s the Way It Is”

After his speech yesterday at the Faith and Freedom Coalition’s “Road to Majority” conference, Donald Trump spoke to the Christian Broadcasting Network’s David Brody.

He explained that he agreed to meet with evangelical leaders later this month, not because he wants to exchange ideas with them but because Dr. Ben Carson told him to, quickly adding that he was excited because it looks to be “quite an important meeting.”

But the kicker came when Brody asked Trump if he believed the U.S. was a “Judeo-Christian” nation. Without explaining what, exactly, that means, Trump’s response was both meaningless and another slap in the face to religious minority groups. 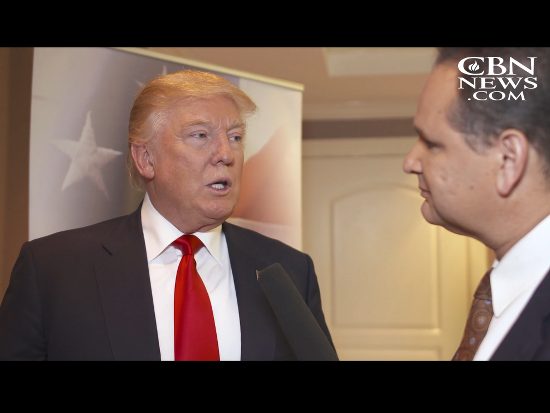 Trump’s response? “That’s the way it is.”

Which could mean Christians are in the majority so they deserve all the power. (Though that’s rapidly changing.)

Or it could mean that Trump had no idea what the question meant, so he responded with a, “Yeah, sure, I agree with whatever you just said.” (I wouldn’t put it past him.)

It’s incredible that Trump said something completely devoid of substance… and yet I can’t think of any interpretation that would make it an acceptable answer.

If we’re talking about population, then saying we’re a Judeo-Christian nation makes as much sense as saying we’re a white nation. Just because those groups are in the majority doesn’t mean we should be making decisions to cater to them. We’ve been moving away from that model throughout our history, inching towards equality for all, and it’s a damn good thing we did.

If we’re talking about a set of values that forms the basis for our society, it’s just not true. We were never a Judeo-Christian nation by that standard. The faith of our Founding Fathers has no resemblance to the right wing religion we see today, and they saw to it that our laws were secular instead of religious. The laws dictated by the Bible would rightfully be seen as barbaric or senseless today.

By asking the question, Brody was basically asking Trump if he’d like to go back to a time when Christians had more power than they do today — a time when LGBT people had far fewer rights, women were expected to be housewives and homemakers, and non-Christians were automatically outsiders. Trump’s slogan of “Make America Great Again” references the same nostalgia. It’s great for him and awful for the rest of us.

We don’t live in a Judeo-Christian nation and we’re so much better off because of it. 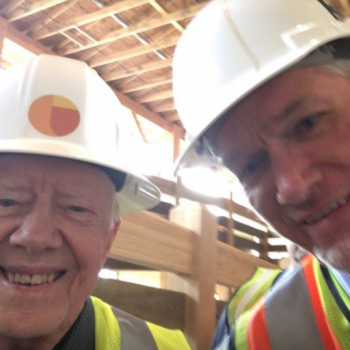