Bangladeshi Police Arrest More Than 3,000 People To Prevent Further Attacks on Atheists and Others

Just days after a Bangladeshi counterterrorism official said police had a good idea of who was responsible for the brutal killings of several atheist bloggers (and many others), the police have arrested more than 3,000 people, many of whom are Islamic radicals, over the weekend in a series of raids: 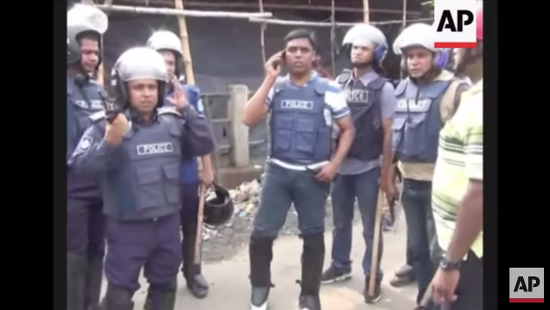 More than 3,000 people, some of them known Islamist militants, have been arrested in a series of police raids intended to quell a wave of deadly machete attacks against bloggers, minorities and others, the police said Saturday.

A. K. M. Kamrul Ahsan, a Bangladeshi police spokesman, said that the crackdown began Friday at 6 a.m., and that within 24 hours more than 3,000 suspects had been arrested nationwide.

Five members of the Islamist group Jama’atul Mujahedeen Bangladesh were killed in shootouts with the police during the week, including one militant wanted in connection with the killing of a doctor last year and another who was suspected of shooting up a Shiite mosque during evening prayers last year, the police said.

That’s incredible. Government officials have been subject to a lot of well-deserved criticism for blaming the atheists and other critics of religion for bringing these attacks upon themselves, but this weekend’s actions show that they have every intention of being on the side of justice.

I hope it actually produces results, though success in this situation just means silence. It means not hearing about another attack on atheists — or anyone else for that matter. Perhaps the biggest questions right now are whether the 3,000 people will actually be charged with anything (and be put away), and whether there are Islamic extremists still at large who are ready to carry out even more attacks as an act of revenge.

We’ll keep following this story to see how it plays out.