Just two months ago, Tennessee adopted a law that lets mental health counselors refuse service to LGBT people, non-believers, and others who desire results that conflict with the counselors’ religious beliefs. 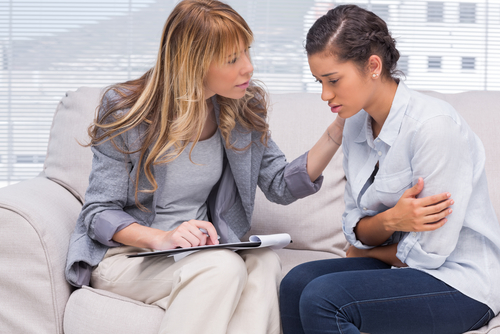 But will it stand up in court?

Two men have filed a lawsuit against Tennessee and its governor saying their constitutional rights as gay individuals are violated by a new law that allows mental health counselors to refuse to treat patients on the basis of “sincerely held principles.” …

The lawsuit, filed on Tuesday by Bleu Copas and Caleb Laieski in the Chancery Court for Anderson County, asks the court to void the statute because it violates the Tennessee Constitution and the U.S. Constitution’s 14th Amendment, which guarantees equal protection to all citizens under the law.

I guess they forgot atheists. And theoretically, anyone else who isn’t a Christian. Still, I’m glad the judiciary will get involved to test the constitutionality of the law.

The law protects therapists and counselors from legal action when they cite their personal principles in refusing service, despite a provision in the American Counseling Association’s code of ethics barring members from such denials of service.

In the lawsuit, Copas says he is a homosexual man and a resident of Anderson County, Tennessee, while Laieski says he is homosexual and describes himself as a national lesbian, gay, bisexual and transgender rights activist residing in Alexandria, Virginia.

With gay marriage becoming a lost cause for opponents — the Supreme Court ruled in June that same-sex couples have the right to marry — a new battleground has become a quest by conservatives in some states to allow people to refuse services to gay men and women on religious grounds.

The Tennessee law is among a number of state statutes passed over the last year or so, prohibiting sanctions against businesses, service providers, professionals or clerics who refuse service, in some cases to same-sex couples or in other cases to individuals, based on profoundly held beliefs.

I keep wondering: If it’s now OK for mental health professionals to refuse service to sinners, can other exceptions to the Hippocratic Oath be far behind? May a Protestant nurse refuse to empty a gay woman’s bedpan? May a conservative Catholic physician refuse to treat a divorcee’s broken collarbone? And may a born-again EMT refuse to treat a crash victim whose car has a fish-with-legs bumper sticker?

Maybe the courts will provide some answers.