Muslim Writer Is Upset About Facebook’s “Happy Ramadan” Picture. Can You Spot the Problem?

When Muna Adil, a liberal British Muslim, saw that Facebook had released a Ramadan greeting to the world’s Muslims, she was all kinds of upset, she writes in the Independent.

Do you see anything wrong with the illustration? 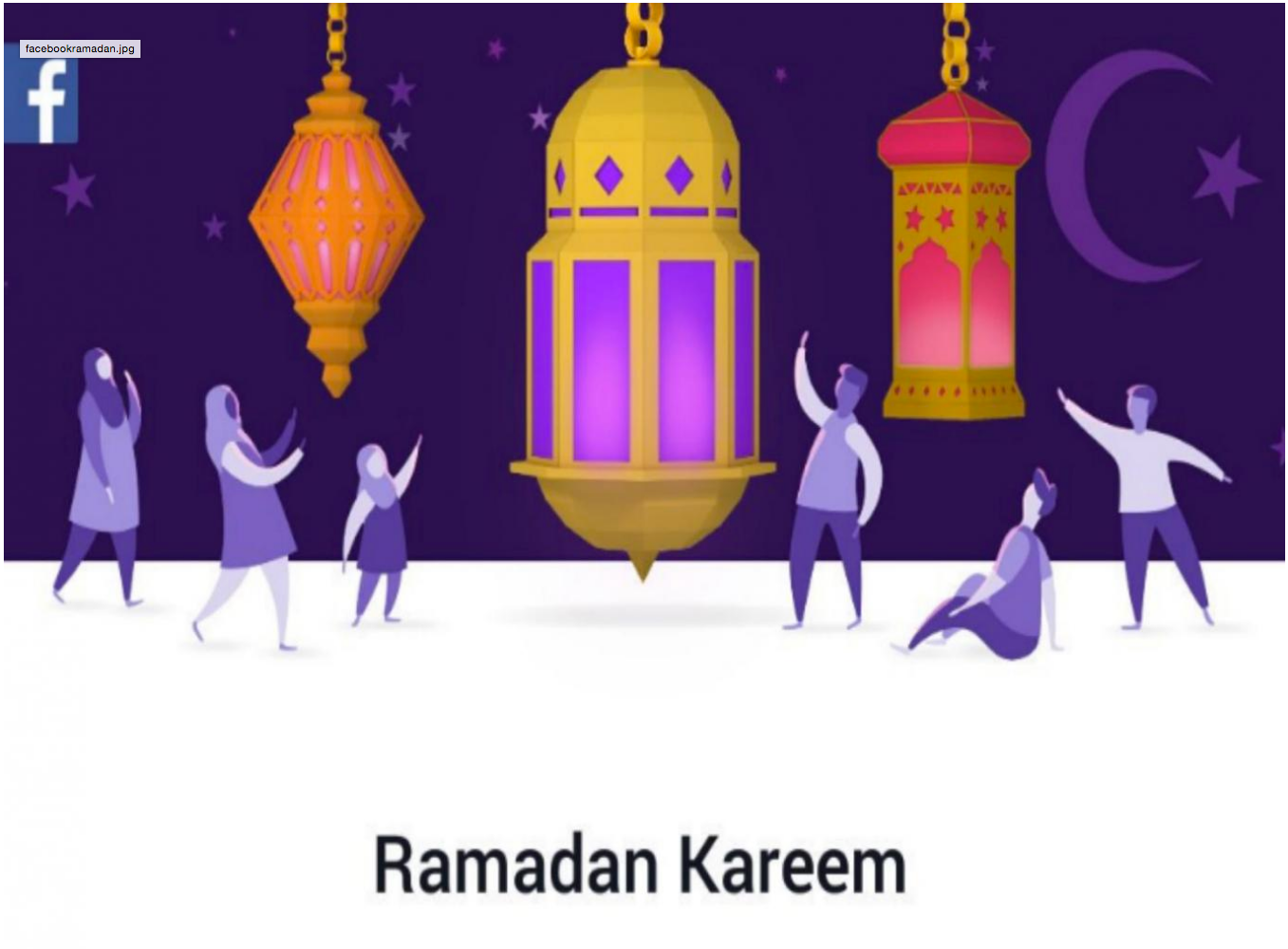 I’ll give you an extra moment. Look again.

Still nothing? Then let Adil enlighten you.

[I]f messages such as the above are promoted, namely, that all Muslim women look like the ones in the drawing, then this raises several problematic questions. Not least that not all Muslim women wear the hijab, which doesn’t necessarily mean they don’t observe the rituals of Ramadan, are any less Muslim, or deserve any less representation.

In times where levels of anti-Muslim bigotry are reaching all-time highs and Muslim identity is facing an inner turmoil of mammoth proportions, it is even more crucial to showcase Muslims in an open, wholesome, and diverse manner, rather than sticking to tired tropes of what it means to be Muslim.

The picture is “very wrong,” Adil insists, and “dangerous,” and she finds it “disturbing” (a word she then repeats for good measure).

If that’s what truly disturbs you as a progressive Muslim, you may need to do some work on your priorities. (In fairness, Adil sometimes writes about weightier Muslim matters too.)

Team Zuckerberg is led by arguably the world’s most influential Jew. His anti-racist, pro-Muslim bona fides are well established (despite the fact that he’s had to face death threats from Muslims for not censoring images of their prophet). But Adil just cannot bring herself to appreciate the overtures of a tolerant, forward-looking man who’s roundly declared himself to be a Muslim ally on multiple occasions. In a shit fit of churlishness, she paints Facebook’s upbeat, inclusive message as an attempt to keep girls and women down — for shame, Zuckerberg!

Both Muslim and non-Muslim feminists alike have been relentlessly fighting for the right of young girls to choose the hijab rather than have it enforced upon them. This disturbing practice of making prepubescent girls wear the hijab as if they are entities to be hidden away has no basis in the Qur’an, but is a result of our own perversions with sexualizing female bodies, no matter their age.

Damned if you do, damned if you don’t. I imagine that the illustrator, perhaps mindful of the fact that the Ramadan message is going out to tens of millions of conservative Muslims on Facebook, decided that drawing females in hijabs gave the least likelihood of offense — after all, lots of progressive Muslimas wear the head covering, too. If he or she had drawn the female characters with free-flowing tresses, Muslim conservatives would have been pissed; by drawing hijabs, it’s (some) liberals and feminists who get to be offended.

The upshot is that, once again, Muslims seem to me to be disproportionately addicted to outrage and opprobrium. No opportunity to take offense shall be squandered; every occasion to nurse a grievance is a psychical windfall from Allah himself.

Of course there’s a discussion to be had about the issue of “making prepubescent girls wear the hijab.” That’s legit. And I can think of other discussions that Muslims (should) have that are even more pressing than that, from female genital mutilation to the prevalence of so-called honor killings. Adil, to her credit, has written about the toxic honor culture elsewhere.

But in this case, she’s barking up the wrong tree. The shameful misogyny that’s embedded deep in the Abrahamic religions, with Islam out front, must be addressed by believers themselves — by the men and women who use religious justifications to shackle and restrict half of their own, as they have done for many centuries.

Complaining about a Kumbaya picture on Facebook isn’t striking a blow for women’s rights; it’s the kind of gotcha feminism that turns activists of Muna Adil’s stripe into laughing stocks — and ineffective ones at that.

June 10, 2016
Delusional Pastor: "There's Nobody Hated More in This Nation Than Christians"
Next Post

June 10, 2016 Klepto Clergyman Spent His Ill-Gotten Gains on Getting More Religious
Browse Our Archives
What Are Your Thoughts?leave a comment