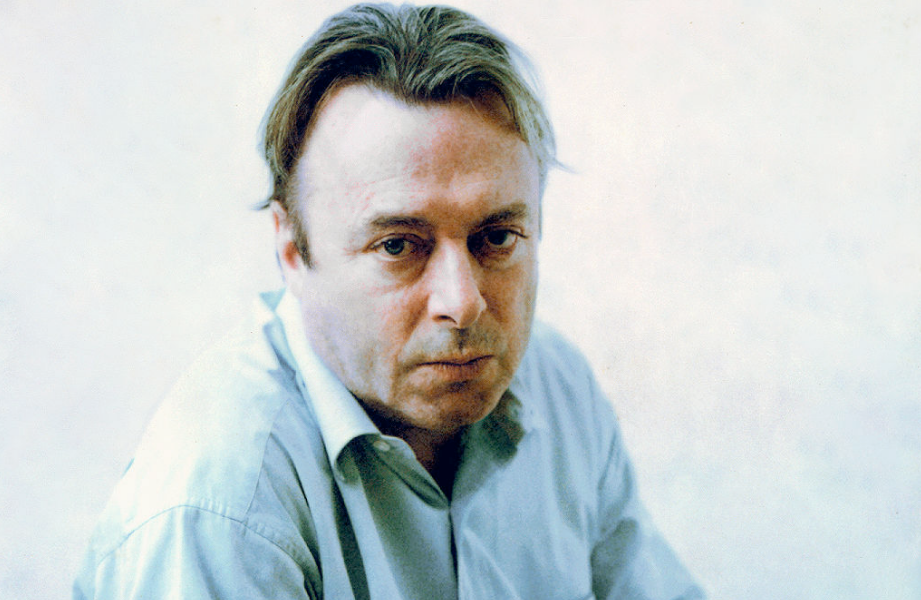 That might be surprising. Frum has long been a star among neocons. As a speechwriter for George W. Bush, he coined the awful term “axis of evil” that helped convince Americans it was a great idea to invade Iraq. He was an editorial-page editor of the Wall Street Journal and a longtime contributor at the neoconservative Weekly Standard. He also spent seven years at the American Enterprise Institute, before eventually heading to the centrist Atlantic, where he is now a senior editor.

But the man never had a great love for evangelical conservatives, and he knew Hitchens personally and took a great shine to him.

Frum’s Atlantic piece on the Taunton book is the most detailed one I’ve read about the affair, and it is devastating to Taunton’s already-rickety case.

How sensitive an observer is Larry Taunton? And how reliable a narrator?

The first clue that something may be amiss with Taunton’s narration is what the author has to say about himself. It is from Taunton we learn about the supposedly close relationship between himself and Hitchens — and we learn it via the amazing efflorescence of compliments to himself that Taunton gathers in his pages.

“God is not lacking in an able advocate in you, Larry,” Hitchens reportedly remarks.

Hitchens is made to explain that while he despises religious charlatans, he admires Larry Taunton, “because you believe it.”

“Very good,” says Hitchens after reading a book of Taunton’s in typescript.

“You were quite good tonight,” Hitchens congratulates Taunton after one of their on-stage evenings.

And supremely: “If everyone in the United States had the same qualities of loyalty and care and concern for others that Larry Taunton had, we’d be living in a much better society than we do.” (That last compliment so pleased Taunton that he reproduces it twice.)

It’s disquieting that Taunton acknowledges he seldom took contemporaneous notes of his conversations with Hitchens. I’m not in any way suggesting that Taunton invented Hitchens’s quotations, despite the hazards of after-the-fact reconstruction of dialogue. They sound very like the gracious things Hitchens would say to a debate-stage sparring partner and post-debate drinking companion. I only note: Those compliments to the book’s author didn’t show up in the author’s book by accident.

That last bolded passage is a bit cunning; or at least I believe it to be, because at the end of Frum’s article, the reader is very much left with the impression that Frum believes that Taunton has, let’s say, a vivid imagination. Perhaps to drive home the point, Frum writes:

The New York Times story about the Taunton book extended its final word to a Taunton friend: “Whatever the truth about Mr. Hitchens’s dying beliefs, the intrigue makes for a good story.” The late Christopher Hitchens insisted that the only good stories are the true ones.

At a very minimum, it must be said that Taunton is unpardonably stingy with nice things he wants to relay about his now-deceased, supposed friend. Although Hitchens was ostensibly generous with compliments for Taunton (we’ll have to take the latter’s word for it), Taunton can’t bring himself to return the favor. According to Frum:

The abundant collection of compliments to Taunton from Hitchens forms a very striking contrast to the massive barrage of abuse that Taunton directs at his dear friend, Christopher Hitchens.

These are among the insults that Taunton directs at a man who can no longer defend himself:

“The funeral, like [Hitchens] himself, was largely a celebration of misanthropy, vanity, and excesses of every kind.”

“[H]is parents both envied and admired the rich, a trait that was certainly passed down to him.”

“Christopher’s wide but not deep reading … a shallow understanding of the things about which he spoke so self-confidently.”

“Christopher was, remember, an actor, bluffing his opponents into overestimating his intellectual prowess.”

But what of, specifically, the charge that Hitchens wavered at the end and began displaying a secret interest in becoming a Christian? Frum isn’t buying it:

In the months before he died, Hitchens repeatedly and emphatically warned that claims like Taunton’s would be forthcoming and should be disbelieved.

“It’s considered perfectly normal in this society to approach dying people whom you don’t know, but who are unbelievers, and say: ‘Now are you going to change your mind?’ [wrote Hitchens]… As you know, there’s a long history of fraud about this. People claim that Darwin had a deathbed recantation. They made up lies about Thomas Paine. It goes on all the time. It’s a very nasty little history… They’ve even tried it on me, when I’ve had not the vinegar I’d like to have had, in a hospital bed.”

Taunton’s Judas behavior is all the more concerning because, for its justification, it lacks the one thing that Hitchens always insisted upon when pondering religious claims: evidence. Frum again:

What evidence does Taunton have for this claim that Christopher Hitchens believed one thing and said another in order to make money and to avoid “ridicule and ostracism”?

What evidence that Hitchens remained an atheist only because he “weighed the costs of conversion” and preferred to conform to the standards of others?

What evidence that Hitchens “was altering his opinions, while often pretending to himself and others that he was not doing so”?

What evidence is there that Hitchens’ was “secretly negotiating with God” but that in the end “his courage failed him?”

The answer to those questions is even more breathtaking than the accusation itself — and should have been glaringly apparent to anyone who gave Taunton’s book more than the most cursory skim.

The book is notably lacking in quoted words or reported actions of Christopher Hitchens to support the author’s central thesis that Hitchens at the end of his life was “staring into the depths of eternity, teetering on the edge of belief.” The dozen such assertions in The Faith of Christopher Hitchens are backed by Hitchens’s unspoken thoughts, as interpreted — or guessed at — by Larry Taunton.

[T]he saddest thing about these imagined deathbed conversions is that, even if they were real, they could hardly be seen as victories for Christ. They are stories in which the final pain of a fatal disease, or the fear of imminent death and eternal punishment, is identified as the factor necessary for otherwise rational people to believe in the supernatural.

If mental torture is required to effect a conversion, what does that say about the reliability of the fundamental premises of Christianity to begin with? Evangelicals would be better advised to concentrate on converting the living. Converting the deceased suggests only that they can’t convince those who can argue back.

At this juncture, I’m not sure that even Taunton believes that there’s a just God. Would a just God cackle appreciatively at a man’s loathsome betrayal of his friend? Would a just God reward, in the afterlife, an author who’d traded his blackened soul for 30 pieces of silver?

As Hitchens would be the first to remind us, such a God would be worthy of neither His title nor our reverence.