A Joyous Recap of Reason Rally 2016

Despite the lower turnout at this year’s Reason Rally, there’s one thing I want to make very clear: Based on what I’ve seen people post online, those who attended the event overwhelmingly enjoyed it. They loved meeting other atheists, hearing the speakers, lobbying their legislators, spending time in D.C., and being part of such a memorable gathering. If anyone had a horrible time, I have yet to hear about it. Even those who have been critical of certain aspects of the Rally, myself included, were glad to be there.

The only real critics of the Rally seem to be the people who didn’t show up — and were likely never going to in the first place. They love to criticize events like this, but you’ll never see them trying to organize anything similar. That would take actual work, and they don’t have the skills or persistence to pull off anything of this magnitude. So instead of rooting for the event to succeed, they do whatever it takes to bring people down, even if they have to lie about the organizers’ motives, do a whole lot of misleading math to “prove” it was a failure, or pull low attendance numbers out of their ass.

Seth Andrews, a.k.a. The Thinking Atheist, is one of the people who actually attended the Rally, and his summary of the event is a joy to watch. It captures some of what took place backstage, gives you a sense of the Christian protestors, and features several of the happy attendees. 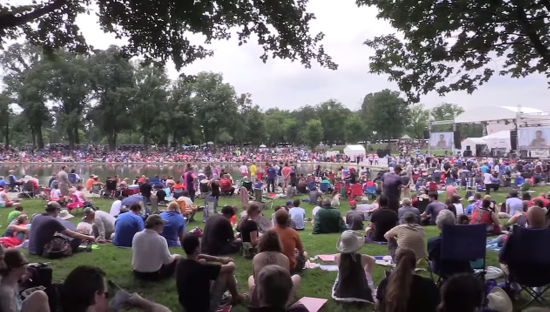 Somehow, I didn’t run into Seth at the Rally, but his experience mirrored my own in terms of how much fun it was to talk to people who only knew me from the internet. It’s the sort of thing that makes this online work so worthwhile and motivates me to keep doing it.

By the way, if you haven’t seen it yet, Seth’s recap of the 2012 Rally will give you chills.

June 8, 2016
The Christian Craft Book Your Library Needs
Next Post