For some reason, the owners of a marijuana dispensary in Bremerton, Washington aren’t getting mail sent to the store. The postal worker went inside all the other shops on the block to deliver mail, but surveillance video showed she would not enter Pacific Cannabis.

In one instance, she gave a package to an exiting customer (who went back inside to give it to the owners). In other cases, she skipped the shop entirely, forcing the owners to pick up the packages at the post office. 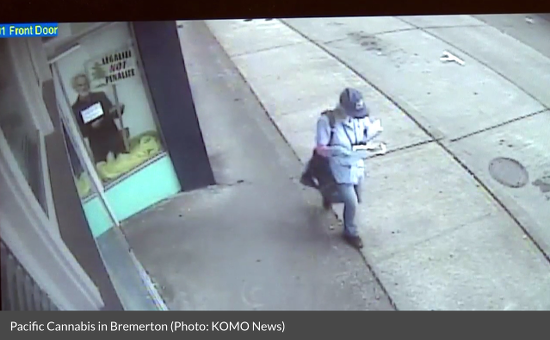 Another nearby cannabis store, The Reef, has had the exact same problem. Same with a local adult video and book store.

For 10 years, Barbie Bowland, the manager of Elmo’s Adult Books and Video, hasn’t had a problem with the mail carrier.

“It all changed about two months ago, when a carrier told me they wouldn’t step into the shop for religious reasons,” says Bowland. She says that carrier was a man.

Regardless of who’s doing the delivering, it should be obvious that the recipients’ occupation or personal views should have no bearing on whether they receive the mail, just as the contents of the packages are irrelevant. We often argue that pharmacists who disagree with birth control still have an obligation to fulfill those prescriptions, and postal workers must similarly do the job they’re being paid to do.

If the carrier(s) in this case won’t do the job properly, replacements need to be found immediately.

(Screenshot via KOMO News. Thanks to Sue for the link)

June 8, 2016
Donald Trump's "Liaison for Christian Policy" Was on TV Pushing People Down With Jesus Magic
Next Post